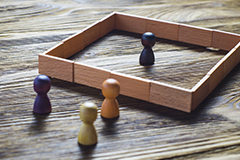 Research by CareersinAudit.com shows a massive majority of accountants believe advancing years will do nothing to advance your career. A damning 79% of respondents said that age discrimination was an ugly professional reality, and 74% said they believed accountants had missed out on a promotion because of it.

A whole batch of prejudices also raised their head, with gender (74%), disability (68%) and social background (68%) also considered barriers to success. Over a third of respondents believed they had personally missed out on a promotion because of their age, and over a quarter because of their sex. A further 22% said their general appearance alone had cost them a job.

Whilst over half of those surveyed were aware their company had an anti-discrimination policy in place, nine in 10 accountants surveyed believe that firms should have tighter policies to prevent discrimination. In addition, 89% of accountants argued that the buck shouldn’t stop with firms and that the accountancy bodies should be taking further steps to fight employer prejudice.

Part of the problem may lie in firms not doing enough to encourage employees to report incidents where they feel discrimination has taken place. Over a third of accountants worry that reporting an incident could ruin their chances of future promotion, and even worse, over a quarter (28%) said that HR or management would probably not care anyway.

When it comes to the other side of the coin, asked what employers are actively attracted to almost two thirds of accountants believed nepotism had a big part to play. Nearly half (44%) said getting on well with the CEO was a significant advantage over less chummy rivals.

Max Williamson, director of CareersinAudit.com, expressed his disappointment at the findings.

“Getting promoted should be based on ability, qualifications and suitability for the role,” he said. “One would hope that these statistics would be significantly lower, given legislators have worked hard over the past few years to ensure greater diversity and equality at work. Both companies and the accounting profession need to take a tougher and more pro-active stance to prevent any form of discrimination in the workplace taking place.”

At present neither the ACCA nor the ICAEW have allocated resources to dedicated anti-discrimination teams, although a spokesperson said individual allegations of racism or sexism would be treated on case by case basis. Both include broad anti-discrimination statements as part of each organisation’s membership rules.