Prove Yourself Worthy for Promotion 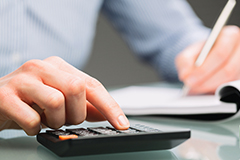 Whether male or female, your career success depends on proving yourself worthy for promotion. Those who perceive glass ceilings or positive discrimination may only be harming themselves.

Careers in Audit’s survey on this topic produced an intriguing result: nine out of ten male audit and accountancy professionals surveyed felt they had been adversely affected by attempts to create a more favourable working environment for women. Funnily enough, almost all the female audit and accountancy professionals who responded to the survey held the opposite view – that men had not been adversely affected.

The finding shows just how differently men and women who work alongside each other in the same field can see and experience the world.

Personally speaking, as a woman, it seems hard to understand why so many men would feel adversely affected by workplace attempts to create a more favourable working environment for their female colleagues. Consider what such initiatives might include: policies on flexi-time and working from home; the potential to take time off during school holidays; investment in concierge services that help professionals manage personal chores; the provision of onsite crèches. All these are as applicable and available to men as to women. There may be some female networking events that are the preserve of women, but not necessarily – at PricewaterhouseCoopers male and female staff are equally welcome to participate in the firm’s PwCwomen network, which has the key aim of helping people maximise their potential.

So is it simply that the increased workplace support for women is helping more to get to the top, or at least near it, and therefore keeping more men down? Perhaps. But one other finding provides some added insight: many men surveyed in the Careers in Audit survey felt that women were being promoted even if they did not deserve it.

This implies that men perceive positive discrimination being applied for female colleagues. Somehow, that doesn’t sound right in terms of an audit career. Audit firms, certainly the large and medium-sized ones, are pretty rigorous in their performance review systems. If anything, the firms themselves feel that women may still be losing out by exclusion – even if unintended – from the old boys’ networks that still exist. The ICAEW has been talking to firms about the issues their female personnel face and is planning to spend more time focusing on how to support female members better in future. So perhaps men who feel women are being promoted unfairly may be finding a convenient excuse for their own slower career progress.

As for the women, from conversations with high-flyers who have made it to senior posts, positive discrimination is the last thing they want. It undermines personal achievements and creates doubt about real ability in the minds of peers. These women are in no doubt that they have achieved their own success. They have been granted no favours. They have worked as hard, if not harder, than male colleagues to earn their places as leaders of the profession.

Their worth is often recognized outside the profession – witness Rachel Campbell, head of people management and a board member for KPMG’s UK member firm, who was nominated by the World Economic Forum as a ‘Young Global Leader’. As such she was identified as one of the top 250 young leaders from around the world, recognized for her professional accomplishments, commitment to society and potential to contribute to shaping the future of the world. Campbell has been leading two major change programmes at KPMG which have helped to win the firm various employer accolades.

Most successful women I have encountered don’t seem to perceive the existence of a glass ceiling. This is despite the Careers in Audit survey finding that 82% of all respondents do believe a glass ceiling exists in the accounting sector. Perhaps the high-flyers are simply so talented and have such strong personalities that they cannot conceive of anyone or anything preventing them from fulfilling their career goals. Maybe those who perceive the barrier are the ones who will allow themselves to be impeded.

It’s interesting to speculate about the reasons for the survey findings. But what all audit professionals – male and female – need to focus on is that success is achievable by anyone with talent, willing to work hard and able to sell themselves effectively. In times of high litigation, firms cannot risk mediocrity and low standards. They need to be appointing the best people for the job – whatever their gender, race or age. Proof lies in the trend to create posts specifically focused on diversity issues and to publicise such appointments. Ernst & Young, for example, recently appointed of Fleur Bothwick (previously at Lehman Brothers) as diversity and inclusiveness director for the firm. E&Y said she would strengthen the firm’s “commitment to pursue a progressive diversity agenda”.

Opportunities do exist for talented auditors. Anyone seeking a top position in an audit firm needs to make sure they are equipping themselves with the right experience and honing their skills – both technical and of the “softer” variety. Ambitious professionals don’t just need to demonstrate ability in action, but to also prove persuasive when talking about their achievements face to face. In a sense, there is a sales job to be done.

As an individual you need to look at your attributes and present yourself in the best possible light – whether to peers, more senior personnel or clients. Maybe you need a little rebranding. The ICAEW’s revamping of its Economia logo shows that institutes, as well as people, need a makeover now and then. Perhaps you need to tweak your CV to highlight experience more appropriate to current hot areas. Perhaps you need to build up people management skills or techniques for winning new business.

These are all factors under your control. If you are blaming slow career progress on glass ceilings or positive discrimination in favour of others, it could be your outlook that needs a makeover.