The Value of Sarbanes-Oxley 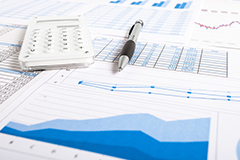 The greatest audit scandal of our generation may well be receding swiftly into the past. But every so often an anniversary comes along to remind us of what happened and to remind us of the lessons which we may, or may not, have learned. Small children blowing the candles out on their 5th birthday cakes recently will have been blissfully unaware that they shared a birthday with the biggest of the post-Enron measures. Sarbanes-Oxley is five years old.

The legislation, which has ground its name into the language as the dullest of measures with which to deal, had a difficult inception. Every time there is a scandal everyone warns against the idea of jumping straight in with swift legislation to counter the perceived problems. And every time that advice is ignored. So it has been no surprise that Sarbanes-Oxley has been blamed for just about every collective corporate ill of the last five years. The only real surprise is that it hasn’t also been blamed for the recent flooding as well. Like climate change it has been seen as an awful harbinger of inexorable doom.

And just as it is unfair to blame every day of duff weather on climate change it is also unfair to blame every unfortunate business change on Sarbanes-Oxley. It was not all bad. Good corporate governance enthusiasts will grasp at straws to claim it has brought about the odd beneficial change. But it is hard to see too much to cheer about.

The worst effect it has had on the audit world is that it has reinforced the outsiders’ perception of the profession. Instead of audit being seen as a vital part of the assurance process it has come to be seen as a process, and a pretty pointless one at that. In this it hasn’t been helped by the American profession. Once more they have reacted to a crisis by circling the wagons round and producing more forms, more ticking, more spreadsheets and flowcharts, and, quite simply, more process. This, sadly, is what they feel that they are good at and what the public, and business, want. None of this is true. It is simply, like the genesis of the legislation itself, a knee-jerk reaction.

Nor has the way Sarbanes-Oxley was pushed as a solution towards Europe helped. The initial shock was huge and its lingering effects reverberate on. The idea, which made so much sense to American minds, that the Sarbanes-Oxley legislation should be automatically implemented across Europe as well, was always going to damage the efforts of American companies to operate across time zones. The outrage was heartfelt. Enron was not a European problem. Parmalat later on, was. Sarbanes-Oxley might have helped there. But, frankly, it was a matter of internal controls and a corporate structure which had escaped those controls. The only value that a Sarbanes-Oxley regime might have added would have been a gingering up of the internal controls, post the American scandals.

And that is where the value of Sarbanes-Oxley lies. It is not in its structures and its consequences. It is in the initial re-examining of the way that companies see their governance and the linking of that process to senior management . It is what any good internal controls and assurance regime does on a rolling basis. It shouldn’t need Sarbanes-Oxley crashing through the ceiling.

The downside of Sarbanes-Oxley has been immense. Corporate costs escalated just as many other legislative and regulatory measures had to be implemented. It gave corporate governance a bad name, which was unfair and counter-productive. It allowed people to argue that corporate governance is mostly pointless process. It created a smokescreen which obscured the benefits of good audit and assurance. And, while the large audit firms made a fortune during the initial Sarbanes-Oxley years, the long-term effects of that will be with us for years. Auditing and the largest audit firms are now taken less seriously than they were beforehand, and with good reason.

It has also been the trigger for much hard and opportunistic thinking in the regulatory community which has burgeoned post-Enron and post-Sarbanes-Oxley. The mood has changed. The informed business observer now wants to see the large audit firms dismantled, or the market widened, or maybe both. Initially in the wake of Enron the experts on reputation risk thought that it would be the image of the process of corporate governance which would suffer. They were wrong. The large audit firms have made an exceptional living these last five years, but they have progressively seen their reputation slide away as well. Five years on it is not just candles which are being snuffed out.