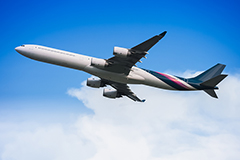 It is highly unlikely in today’s environment that any multinational would appoint a head of finance who hadn’t proved their worth in an international environment. Far from being a busman's holiday, appointments abroad demonstrates mobility, flexibility and cultural awareness: qualities that headhunters and employers alike prioritise when making senior appointments.

However, taking an assignment outside the UK can be a risky business and needs to be considered very carefully. Extricating yourself prematurely from such a move if you or your family aren’t happy can be extremely difficult to achieve, and could seriously damage how you are perceived within your company.

CareersinAudit.com sees auditors and finance professionals making such moves on a daily basis and monitors their experiences very closely. Based on the feedback we receive, we present a guide to what needs to be considered when working overseas and the risks and rewards involved.

In order to work successfully in France or in a French company it is imperative to be able to speak French to a high standard. Without it, opportunities for promotion and social integration are going to be extremely limited. If you don’t speak French, then you must at the very least ensure that you are working in a genuinely international environment where all meetings and communication is English. By way of an example, this may take the form of working in a European or EMEA HQ of a US multinational, which will have a collection of nationalities within it and is performing assignments on a regional rather than domestic basis. In spite of this pitfall, the rewards of working in France are substantial and I feel that most people have respect for a Brit who manages to settle successfully in France.

Germany is more decentralised than many countries in Europe in that its businesses are spread across various locations rather than concentrated in and around the capital. As such, choice of location is key when considering Germany. Frankfurt is the obvious location for anyone looking at roles within financial services, but Hamburg, Berlin and Cologne all have the capacity to offer attractive companies and jobs. Most Brits tend to settle most successfully in southern Germany, working for one of the many multinationals in and around Munich.

Brits also need to consider the differences in business culture between Germany and UK. An open door policy is not taken as the norm within Germany and you will find that even American companies in Germany have a more traditional arrangement. Also, decisions tend to be taken a little slower and many Brits can find this frustrating. However, most candidates, British or otherwise, speak very positively about their experiences in Germany and many stay for longer than they anticipated. Germany is more forgiving of those who don’t have the local language, and tends to be more welcoming than France.

Switzerland remains a very popular location for Brits, many of whom are drawn by the surprisingly high number of multinationals who have established regional HQs in the country, along with very high salaries and low tax rates. Switzerland offers a genuinely international environment and it certainly isn’t necessary to speak either French or German to settle well. For those with families, it also offers what is generally regarded as an excellent work/ life balance.

However, as with Germany, care needs to be given to choice of location. French-speaking Geneva is quite different to the more Germanic Zurich. For those who move to Switzerland without a partner or family, you may wish to consider that Zurich tends to shut very early and is extremely unlikely ever to become Europe’s premier party city. Also, the Swiss tend to finish their work and disappear to their families so there is limited after work socialising.

Brits are drawn to Australia by the close cultural links with the UK and the promise of better weather and what most hope will be a better work/ life balance. In most cases, Australia rarely fails to deliver.

However, a move to Australia is less likely to benefit your career than a move to a more testing environment. Most people in the UK will assume you’ve spent half your time on the beach, even if you haven’t, and more cynical heads of department I know regard Australia as a ‘career break’.

Before moving to Australia, it’s also important to consider your exit strategy. Will your company repatriate you? Is there likely to be a suitable job waiting for you when you return? This is important to consider as managing a return to the UK and changing employers at the same time is difficult.

The benefits of working in a location such as the Cayman Islands are very clear: a chance to gain or improve your knowledge in a thriving fund and wealth management industry and one of the most attractive living locations in the world. There’s also the ‘small’ matter of a tax free salary.

However, beyond these attractions is the danger of marginalising yourself in what is a rather narrow market. As with Australia, there’s also the problem of repatriation and the fact that many will assume you’ve spend half of your time perfecting your sailing and eating as much lobster as is possible.

Although fewer Brits are moving to the US than they were prior to 2001, it remains an extremely attractive location. The decrease in numbers has much to do with the fact that it is more difficult to obtain visas and the fact that the current exchange rate makes American salaries look very weak, and has done for a number of years.

Most nationalities report very positively on their experiences in the US, particularly those who were on the east or west coast.

However, many also report that responsibility tends to get pushed upwards in the US rather than downwards, particularly in professional services firms. Several auditors who have move to the ‘Big 4’ in the US report that they had fewer responsibilities in the US than they would expected with equivalent roles in Europe.

Beyond the consideration of location, there are of course a number of other issues that need to be considered, including the climate within your current company or role. For example, if your company has built its largest manufacturing site in Hungary, then this is a sensible location for you to consider. Positioning yourself in a location or division that is driving profits is equally important. You may even wish to follow a personal relationship within the company. For example, if your direct report is particularly talented and seems to be earmarked for the top, then this is an equally valid motivation.

Finally, it’s really important to consider your personal needs within the context of any move. If your family doesn’t settle or if you find yourself unhappy then the move simply won’t work and could do your career more harm than good. Ensure you engage your friends and family in the decision and seek the advice of anyone who has made a similar move.

Gaining international experience is key to the development of any serious finance professional’s career and the experience can be extremely rewarding not only professionally but for those who have chosen the right location, it has also brought lasting personal benefits.

By Max Williamson, director of CareersinAudit.com