Tips for Auditors in their 20s 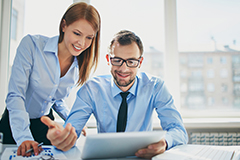 As Time Goes By

Beginning of a series of features about what opportunities are available to accountants throughout their careers, Liz Fisher focuses on those in their 20s.

You are in your 20s and newly qualified as a graduate junior auditor. Congratulations! But now what? Where do you want to be in 30 years time? And how are you going to make that happen? (If you are reading this rather than Nuts or Heat, that’s a very good start).

The frightening truth is that the decisions you make in the first few years after qualification will shape the rest of your career. ‘Although your career has a long way to go when you are in your 20s, a good start means you don’t have to spend your 30s unraveling what could be some costly mistakes,’ says Max Williamson, chief executive of the recruitment website CareersinAudit.com ‘Those graduates who make the right choices in their 20s can really give their career a flying start and crucially, begin to create some space between themselves and the competition.’

First time is the best

The first step in a glittering career as an auditor, obviously, is gaining your degree. That does not mean scraping through the exams – the competition in the profession is such that attitude, commitment, enthusiasm and above all, and the quality of passes (i.e. first time) really matter. Remember that your qualification is the absolute bedrock of your career, whichever path you intend to take later.

Alan Stewart of the executive search agency Heidrick & Struggles adds that the first move after qualification will be, for many, the first meaningful decision they will have made. It is also the most confusing. ‘The choice a newly qualified is faced with can be overwhelming,’ says Stewart, ‘but I tell people not to panic at this stage about messing up their career.’

Stewart asks newly qualified candidates to sit down and think carefully about what part of their job they like, and what they get excited about. For some, though, the answer is that they like nothing about being an accountant. ‘A lot of graduates train as accountants simply because it seems like a good option at the time,’ says Stewart. ‘But some newly qualifieds think that they have to spend the rest of their lives justifying the time and effort they have spent getting it. Your accountancy qualification will be a good qualification, whatever you do from now on.’

The basic decision for newly qualifieds is a simple two-way choice: practice or industry? Whichever is your preference, the decision needs to be a thorough one. ‘If you make the decision to leave practice, then it needs to be carefully thought-out’ says Williamson. CareersinAudit.com believes that newly-qualified accountants should ideally remain with their employer post-qualification for between three to five years, unless there are exceptional circumstances. But, adds Williamson, staying in practice should not be considered an easy option – if you stay, it needs to be for the right reasons and apathy certainly isn’t one of them.

For newly qualifieds hoping for a career in business – and perhaps aiming for a CFO or CEO role – there is a mind-boggling array of choice. But while the traditional route to FD level invariably involved a stint as a financial controller, the nature of the FD role has changed in recent years. Alan Stewart believes that financial planning and analysis is a more useful route as it hones the forward-looking skills now expected of finance directors.

Generally, the traditional climb up the career ladder has disappeared, and that means that your options in your 20s are much wider. ‘I’ve realised over the years that there is no one route to success,’ says Stewart. ‘People have much more mosaic careers these days. The accountancy profession is a very structured environment, particularly in terms of the career structure in the first five years after qualification. But I would urge young accountants to get rid of that mentality – it’s about how good you are. Accountancy is a much more entrepreneurial career these days, if you want it to be.’

That said, if you are thinking of a long-term career in business, internal audit is still an excellent way of gaining all-round experience, even if it may not seem the most exciting option. ‘You have to take penance if you want to move forward’, says Stewart. ‘The point is that when you move up in an organisation people want to work for someone who has done the job that they were doing.’

White it is important to gain experience in new roles, many young accountants fall into the trap of accepting the first well-paid job that comes along, only to regret it and move on too soon. The good news is that everyone is allowed to make mistakes, provided they learn from them. ‘You can make a bad decision the first time and it will have no impact on your career,’ says Stewart. ‘The second job you take after qualifying is the important one, because employers expect that to a more meaningful move. If your second job doesn’t last more than a year, you’re in trouble.’

Williamson agrees: ‘Moving jobs on a regular basis does not reflect well on an accountant and as you move into your 30s, there certainly shouldn’t be any more than three companies on your CV.’

With so many qualified accountants on the recruitment market, employers are increasingly looking for skills and experience that set candidates apart. International secondments can add significant value to your career prospects, but again they need to be carefully chosen. One of the major benefits of being in your 20s is that you have few ties ad commitments and so should be a prime candidate for an overseas secondment, but young accountants should also be wary of what recruiters call the ‘knee-jerk effect’.

Williamson warns that anyone offered an overseas role should think carefully about whether the job will mean more to them than year-round sunshine. The novelty of working abroad will soon wear off and important considerations such as the cost of living in a different country are often overlooked. Future employers, he adds, can often presume that an overseas secondment in, say, a Caribbean country can mean that you had it easy, even if you worked your socks (or sandals) off.

Overall, successful career planning involves just a little careful thought and a small dose of realism. ‘When you are in your 20s you may not have to do a job for a while that you are not enamoured with, but which you know will be good experience,’ warns Stewart.

For Williamson, the ideal early career can be summed up in a few words: ‘The perfect candidate enters their 30s with a qualification, a second language, proven international experience and an excellent track record of promotion with a small number of companies.’ Good luck!