Are you Working for the Best Firm? 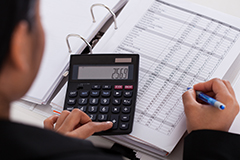 Are you working in the firm most likely to deliver career fulfilment? Sarah Perrin considers the relative merits and opportunities in the big, the medium and the small.

The end of one year – and the start of a new one – is the traditional time for contemplating the future. As an audit professional, part of that contemplation could sensibly focus on the next stage of your career development. Specifically, in what type of firm are you most likely to fulfil your career ambitions: do the Big Four hold the key, or might a middle tier or even small firm be a better bet?

There is no objectively right or wrong answer to this. Your personal preferences will direct the best option. But there are good career paths to be laid in all types of firm. The ongoing debate about audit choice and quality in the UK hasn’t only highlighted the gap that exists between the Big Four and the rest in terms of their reach and resources; it has also flagged up the range of opportunities that arise within each different type of firm.

In terms of scale there is no comparison between the largest four firms and the others. PricewaterhouseCoopers – the undisputed giant among audit firms in the UK – reported UK turnover for the year to June 2006 just nudging the £2bn mark at £1.98bn, representing growth of 11% for the year. The smallest Big Four firm, Ernst & Young, reported 20% growth in revenues to £1.13bn for same period. That’s still around four times the total fees achieved by fifth and sixth placed firms Grant Thornton and BDO Stoy Hayward. The latter, for example, despite achieving a magnificent 21% increase in fee income to June 2006, was only generating a total of £275m.

Nevertheless, it was interesting to see the Accountancy Age awards this year abandoning the old “Big Four firm of the year” category. Instead the top six firms were grouped together to compete for a “global firm of the year” award. Given the stats above, it seems rather hard to conceive of a non-Big Four operator as truly global. The fact that BDO Stoy Hayward took the gong says a lot for the work that the firm and particularly managing partner Jeremy Newman have done in promoting the capabilities of such organisations to FTSE companies and other parties interested in audit competition. The award could be seen as more about recognising potential than current reality.

Leaving bare numbers aside and turning instead to quality, there is no evidence that large firms outside the Big Four should be embarrassed about their work. This summer’s report of the Audit Inspection Unit found that the audits reviewed at both Big Four and “other significant firms” had generally been conducted to a high or acceptable standard. In terms of audits which the AIU did not consider to have been carried out to an acceptable standard, a small number of these arose in both groups – Big Four firms and others.

Certainly the mid tier firms do appear to have a strong appetite for growth. And that augurs well for ambitious audit professionals who believe they could play a part in driving that growth. There will be a need for both the technically able, to provide the robust backbone for such growing firms, and for the winners of business – those with the presentation and sales skills to persuade FTSE companies that they can look with confidence outside the Big Four to satisfy their audit and advisory needs. Evidence shows that those with the necessary talent can rise to the top. In 2006, for example, Fiona Hotston Moore became managing partner of MRI Moores Rowland – a notable achievement as it made her the only female chief of a top 40 accountancy firm.

This is not to take anything way from the excellent career development opportunities prospects that remain within the Big Four. After all, KPMG came top of the Sunday Times Best Big Companies to Work For 2006 list, with Deloitte in seventh place, Ernst & Young twelfth and PricewaterhouseCoopers fourteenth. One senior professional within one of the largest firms recently talked with great enthusiasm about the in-house policy to move people into new roles at regular intervals. The constant opportunity to develop additional skills and gain more experience, while being able to bring fresh insights to new colleagues, was seen as a real plus.

The chance to work alongside people from other cultures is most plentiful in the largest firms. E&Y’s UK firm last year recruited staff from 26 different countries, including Switzerland, Ecuador, Ukraine, Mauritius, the Dominican Republic and South Africa. Opportunities for overseas work experience in the biggest firms are also good, and could improve further as the trend towards provision of global services continues. For example, if the KPMG partners this December vote in favour of the proposal to merge their UK and German firms, personnel in both countries could benefit from closer cross-border working. Should other national practices subsequently join in and a truly European firm emerge, opportunities across the continent would be enhanced again.

The biggest firms certainly don’t suit everyone, however. At the completely opposite end of the scale, small practices offer very different experiences. These can suit auditors who enjoy working in smaller teams, knowing all their colleagues in the firm (let alone the department) and having the chance to get closely involved with smaller clients. Getting to know the characters behind a business, as well as the business itself, can bring considerable pleasure.

Making the right choice in terms of identifying the type of firm that will deliver greatest personal career fulfilment requires self knowledge. It’s up to you to decide which kind of culture – big, medium or small; established, fast-growing or niche; local, national, international or global – suits you best. Spending a little time mulling over such questions while digesting your Christmas dinner would be time well spent.

One thing an audit career certainly offers is a range of experiences within the same broad category of work. Once you are clear about which opportunities you want to seize, there should be nothing to stop you getting out there and grabbing them.

Written by Sarah Perrin for CareersinAudit.com, the leading job site for auditing vacancies.