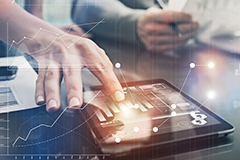 Back in 2009, we were in the grips of a global recession; a recession where even the ‘safe’ accountancy profession was not immune from redundancies and forced four day weeks. Those that should have been promoted, were not. Those that hoped for a pay rise had to be content with a pay freeze.

Hiring freezes also meant many auditors, who in normal circumstances would have looked for a new job, stayed put at their firm. But how long were auditors prepared to press the pause button on their career?

Since 2010, CareersinAudit.com has conducted annual mid-year research to gauge whether auditors across the globe are more bullish about finding a new job and how soon they will start to look. What could make them stay? Are many attracted by the lure of working abroad? What more can companies do to retain employees? How many auditors will choose to remain in the industry in five years’ time?

Now, hot off the press, we have the 2012 results. More than 1200 audit, risk & compliance professionals took part from across the world. They work in a broad range of positions from
audit assistants, newly qualifieds, seniors, managers and senior managers to heads of audit, directors and partners.

As of June 2012 more than a third of auditors are currently looking for a new job, with the figure set to rise to two thirds looking within the next 6–12 months. Whilst the desire to find a new job immediately has slowed down, compared to a frenzy in 2010 (nearly half of auditors were immediately looking for new jobs), employers need to realise that staff are no longer feeling trapped or worried as much about the economic climate compared to 2009. The pendulum is now starting to swing in favour of employees; we are seeing evidence of salaries being pushed upwards and employers having to compete much more for talent if they are looking to build up quality teams. For many auditors there is continued sense of optimism that career progression will be enhanced by making a move.

What is the main decision for this?

For the second year running, the desire to move abroad ranks as the top reason for changing jobs. Nearly a third of those looking for foreign climes are doing so because they feel their career will progress quicker than remaining in their own country. Just under a quarter feel working in a different country will give them a better work life balance, and a fifth just need a change. Following close behind in second place is not getting a promotion or a pay rise.

Eight out of ten respondents (this has remained the same year on year) would consider working abroad and there seems to be little change across the years in terms of the hotspots to work. Still top of the league is Western Europe, although there has been a small decline since 2010. North America is the next favourite and appears to be growing in popularity. The Middle East continues to be a favoured destination, (though perhaps not as popular as in 2010) along with the UK, Australia and New Zealand. Whilst South America continues to rank one of the lowest (perhaps because of the need to speak the language), Brazil is an emerging market which could offer auditors some fantastic career opportunities.

Whilst two thirds of auditors may be looking to move during the next 6–12 months, employers looking to retain valued staff could still keep them by rewarding them with a pay rise or promotion; more than a third said this would make them stay. Employers could look at relocating staff to another international office although this factor seems to have fallen by 10% since 2011. This year we also asked whether a better work-life balance would have a bearing on their decision and for 15% of employees, it would. For a further 16% though, it seems their mind is made up on moving jobs and nothing could make them go back on that decision.

Perhaps part of the bigger problem around retention, particularly of top performers, is that companies are not providing a clear career development path. In 2010 and 2011, eight in ten auditors felt their company should provide more training and support and that career development was fairly low on their list of priorities. The good news is that the figure is now on the decline and in 2012, six in ten auditors now feel is the case. But it is evident from our open ended answers that many are calling out for much clearer stepping stones in their career.
Steps which crucially could enable many to finally receive recognition through a promotion and/or a much sought after pay rise.

Many believe their career would be enhanced by:

Perhaps the greatest call to action should be to the industry as a whole. There may have once been a perception that an auditor would stay in the profession for the rest of their career but this no longer the case. Just over a third of auditors in 2012 believe this is a job for life. Over the past two years there has been a sharp increase in the number of auditors looking to exit the profession much sooner. In 2010, 18% envisaged leaving within 2–5 years; in 2012, this figure has more than doubled to 39%, with many looking to start a new career or set up their own business.

For many auditors, the second half of 2012 and the first half of 2013 will be about building momentum in their career. Many are not prepared to sit still for much longer in their current job and simply wait for their pay rise or promotion. The market is improving, demand for auditors (regardless of experience) is increasing, auditors are becoming more bullish over their career prospects and are happy to move overseas. Whilst there are signs that companies are waking up to the need to provide a more structured path for career development, there is still a long way to go. With clear signs that auditing is no longer a job for life, there is now a greater challenge for the industry; how to attract more people to the profession and at the same retain the best talent.

Please click here for a copy of the report.