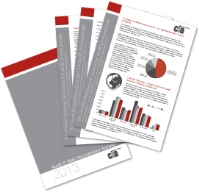 Forty years ago the expression ‘a job for life’ was par for the course for many in the audit and accountancy profession. Of course in the 21st century, it’s a different story.

A change in traditional employment models has meant that many more are empowered to consider moving jobs and have bigger career aspirations. There is a far greater choice of roles and we are seeing an increasing global demand for audit, risk and accountancy professionals. Yet, considering a career change and actually making the change are two different matters.

Since 2010, CareersinAudit.com has conducted annual research to gauge whether auditors and risk professionals are really seizing new job opportunities or remaining in their current roles. Are they getting the promotion or pay rises they feel they deserve and, if not, how long will they stay in their current workplace before they move? Do they feel their bosses or direct line managers are doing enough to retain staff and how high is training and career development on the company’s agenda? How long will they remain in the profession? This year we also included an extra section on whether audit professionals feel age discrimination exists in the profession.

More than 2,000 accountants took part in the research this year (the biggest response yet) clearly indicating the industry has a voice and more in the profession want a forum to air their views. The professionals surveyed work in a broad range of audit, risk and compliance positions from newly qualifieds to directors, including auditors, seniors, financial controllers, managers, senior managers, heads of department and partners.

Three years ago, in the heat of the financial meltdown, nearly half of all our respondents admitted they were looking for a job immediately, with the percentage rising to two thirds within six to twelve months.

Perhaps we saw this figure spike because of the spate of redundancies and pay freezes in the industry that year. In 2013, whilst the immediate frenzy of moving (36.5%) seems to have slowed, the figure has increased moderately since 2012. Within six to twelve months this figure is set to rise dramatically, with two thirds admitting they will be looking for a new job in 2014.

With talk of green shoots in some economies and a definite trend for demand of finance professionals globally, the sentiment amongst audit and risk professionals is that they will definitely be looking to leave if they don’t receive recognition from their current employers.

In 2012, the top reason cited for finding a new job was to work abroad. This still fares as one of the key reasons – because of the increasing global demand for good audit and risk professionals. However not receiving a pay rise or promotion is now the joint top reason for moving on. Some professionals, during the global financial crisis, put the pause button on their career, biding time and hoping that recognition (in terms of a salary raise or the next role up) would come about 2013. But bosses have been slow to deliver their side of the bargain, so we could see an exodus of staff leaving their roles in 2014.

Money talks! So does climbing the career ladder and receiving recognition. In 2013, one of the big issues coming to the forefront for audit and risk professionals is the need to be rewarded. 41% of respondents said that getting a promotion or a salary rise would make them stay – a 10% increase since 2011.

More than half (53.1%) tried for a promotion over the last year and half were unsuccessful, citing the fact that their firm does not actively promote staff and a fifth revealed that it takes a long time to get to the next level and need to bide their time.

Getting to the crux of the problem, we see that many employers are not recognising the importance of retaining their staff and putting time and investment into training.

Less than a quarter of audit and risk professionals believe their company is doing more to retain their staff than a year ago, with six in ten believing that nothing more has been done and the remainder not sure since they joined the organisation within the year. There is also an on-going concern that companies are not providing a clear enough career path for their staff. For the second year running, six in ten feel their company could provide more training and support and that career development is fairly low on their list of priorities.

This comes at a time when the industry has seen a greater shift to more technically specialised roles and the need for technical skills which has been largely driven by an increase in regulation and business complexity. In addition many more finance professionals are now being called in to support important strategic decisions for the business, so there is a far greater need for the profession to have more softer/business awareness skills and not just core audit and accountancy.

Our research also reveals that many auditors now need much clearer direction (and in many cases training) from their company to enable them to realise their career ambitions.

Many believe that their bosses should:

In the audit and risk employment world, it appears your age is certainly more than just a number. More than half (57%) of all professionals believe ageism is prevalent in the industry. Nearly half (48%) stated that people in the industry find it harder to get a new job or promoted once they reach the age of 40. 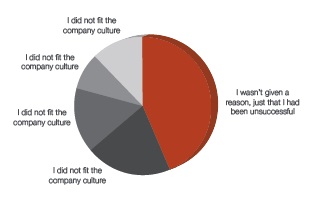 Half of the respondents of the survey are over the age of 40 and more than a third of this demographic (37%) believe they have missed out on developing their career (either an external or internal job). Nearly half of this group (44%) admitted they were not given a reason from the company or line manager as to why they were unsuccessful getting the new position.

Many auditors believe there is a perception amongst partners and senior management of companies that professionals who are aged 40+ are not up to date on technology advancement or have other necessary skills for modern day accountancy. This goes back to the earlier point that employers must look at ways to help all staff and ensure there is sufficient training allocated to those that need to improve their skills.

The news about no-show promotions and a dearth of salary raises, is enough to make the most loyal accountant move abroad. Indeed eight out of ten professionals (this has remained the same year on year) would consider working abroad and nearly half of respondents said they would do so to get a better salary or to advance their careers.

There seems to be little change over the years in terms of the hotspots to work, although North America has become even more popular this year and ties in top place with Western Europe as the preferred working destination. The Middle East, UK, Australia and New Zealand continue to be favoured destinations too.

Whilst a job for life is certainly not the norm in this age, we can see a clear trend emerging that a job in the profession isn’t either! Just four in ten respondents believe they will stay in the profession for the rest of their career and nearly a tenth are expecting to leave within the next 6 months.

2014 is set to be the year we see many more audit and risk professionals release the brakes on their careers and realise their career ambitions. We are now witnessing a more buoyant jobs market and a far wider range of auditing and finance roles both on home turf and abroad.

Employers need to realise that they cannot be laissez-faire any more about staff retention and training and now have to make a far more concerted effort to support their staff. The poor economic climate gave many good reasons not to do so, but the requirements of the profession over better technical, business awareness and soft skills mean that training for staff of all ages should be a necessity, not a luxury.

Many audit and risk professionals have waited a long time to get promoted and/or receive a salary rise. The waiting game is over and if this doesn’t materialise over the next few months they will definitely be on the move.