Audit Jobs in Europe during the Recession 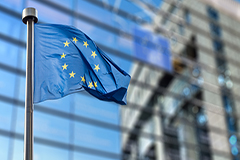 With unemployment and competition for jobs at an all-time high in the UK, many people working in auditing are considering an overseas job move. Proving your worth in an international environment is a skill which is unlikely to be overlooked by recruiters. Working abroad demonstrates a range of desirable attributes including flexibility, mobility, cultural awareness and willingness to immerse oneself in a new environment. These kinds of attributes are highly sought-after by the top recruiters and head-hunters when making senior appointments in financial companies.

There’s more to an international job move than familiarising yourself with a new working environment and working alongside those from a different cultural background, personal life is a key consideration when making this kind of move. Missing family, friends and home life is a common reason for aborting international employment, which could damage your reputation both internally and for future employment opportunities.

Audit jobs in Switzerland are a popular choice for British auditors who are craving a change of scenery. Switzerland has a surprising number of multinational companies with established headquarters in the country, as well as some handsome salary packages and incredibly low rates of tax. Some of the brightest talent in finance ends up in Switzerland, so it offers a truly international environment.

People who have worked in Switzerland also say that it offers a good work/life balance. Research your destination carefully, since there are big differences between French-speaking Geneva and Germanic Zurich. The latter is by no means considered a party city, with establishments closing early. It’s generally said that there is less after-work socialising time in Switzerland as when finishing work most people go home to their families rather than to the pub to discuss the day. Nevertheless, Switzerland continues to offer some of the best audit jobs in Europe.

If audit jobs in mainland Europe don’t interest you, then you could consider offshore locations such as the Cayman Islands or Bermuda. The advantages of working in these types of locations is clear – working in top class finance firms in one of the most beautiful places in the world, as well as receiving a tax-free salary. The problem with working in these types of destinations is that it might appear that a candidate took the role because of the location rather than the job itself or career development.

There are lots of reasons considering working abroad, including the current climate of your company. If a key supplier is based in Poland, then it might be a good idea to consider working there. Positioning yourself in a place which is important for the business is likely to boost your profile. Gaining international experience is highly regarded for finance professionals, and for those who pick the right location and work hard enough, it can bring long-lasting benefits to their career development.

Read more about auditing in a new country, with this interview with Barbara Bolya, a Hungarian auditor who made the brave career move to Berlin.