Audit Jobs in the Middle East 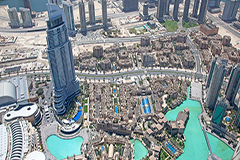 With many people becoming fed up with the economic situation and lack of work within the UK, more and more are choosing to look further afield in their audit job searches. The Middle East continues to be a popular choice for many UK residents looking to find work abroad as they are enticed by the regions beautiful weather and extraordinary scenery as well as perhaps its biggest incentive, the offer of tax free salaries. Despite the influx of people looking for work in the Middle East, there continue to be jobs available in the UAE as well as in Bahrain, Kuwait, Oman, Qatar and Saudi Arabia.

Of all the countries in the Middle East, the UAE is perhaps the most cosmopolitan and Westernised country and it is here that the majority of expatriates settle. Dubai and Abu Dhabi are perhaps the wealthiest of the emirates and although they have been important for trading in the past, today they have firmly established themselves as the two most significant areas in the Middle East when it comes to work and business. Abu Dhabi is seen as the centre for most of the energy and projects work for the region whilst Dubai has built up more of an entrepreneurial business minded culture.

Dubai is perhaps the most commercialised of the seven emirates that make up the United Arab Emirates and is popular amongst job seekers and holiday goers. Dubai has a whole lot to offer both in terms of lifestyle and of career development. Audit jobs in the Middle East in general are fairly common as there are a large amount of businesses there and with a large amount of these businesses based in Dubai, there is a specific need for auditors here in order to help these companies out. When looking for a career in audit, looking at Dubai as well as in places like Bahrain, the established centre of finance, is something that should definitely be considered.

As previously mentioned one of the main reasons that people choose to relocate to the Middle East is due to the tax and financial benefits. The UAE is a free economic zone and you do not have to pay income tax. It is commonly believed that there are no taxes there but there are in-fact some circumstances where taxes do need to be paid and it is worth investigating this if you are considering a move there. The cost of living in the UAE is also interesting and will need to be considered as although some aspects of life are cheaper than in the UK, others equate roughly to the same as living in central London, and so for some who are not used to the prices in central London, it can seem expensive.

The benefits from living and working in the Middle East are plentiful. The weather is obviously one of the main attractions and can be seen as a ‘no brainer’ when compare to the weather experienced in the UK. There are a large number of multi-lingual and multi-cultural workers as well as businesses, particularly in the UAE, and so it can open many new doors to new friendships and business opportunities. Living conditions are generally safer than the UK and much of the accommodation is also of a better standard. There are also a large number of international schools that offer high levels of education. There is a strong emphasis on after work socialising in Dubai in particular and there are a high level of sporting facilities, which mean that you can keep yourself busy. Dubai is also renowned for its shopping malls.

There are, however a number of things that you will need to consider whilst looking for audit jobs in the Middle East. There are different laws compared to within the UK and one of the main issues is alcohol. In Dubai, hotels and leisure complexes are generally the only places to serve alcohol and so many bars, clubs or restaurants are attached to them. In some countries, alcohol is prohibited and there are strict penalties for those who violate the ban. The rules vary from country to country and so it is important, as with any move, to research the customs, traditions and laws before you make your decision.

A move to Dubai, the UAE or to any of the other countries in the Middle East is something that should be considered by anyone looking for a job in audit. Audit jobs in Dubai are common and can be a way of ensuring your career develops whilst leaving behind the slowing economy in Britain.