Audit Jobs in the UK 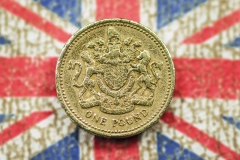 There might be more competition than ever thanks to high unemployment rates, but there are still plenty of great finance and auditing jobs available in the UK, albeit with lots and lots of eager applicants vying for a position. What some people don’t realise is that there are great jobs in finance to be found all over the UK, not just in the capital. There are several cities which have their own financial hubs of multinational companies, this piece details some other location suggestions for those seeking a career in auditing and finance.

Bristol
As an important historical seaport Bristol has a tradition of trading commodities including wool, food and tobacco, but today the city is reliant on the aerospace, defence, media, IT, tourism and financial services industries. In 2004 Bristol had the third-highest per-capita GDP of any English city.

Bristol can be a good choice for those who seek a finance job outside the capital, since it has the third largest financial services sector outside London. Financial services companies in Bristol currently employ nearly 60, 000 with popular roles including Retail Banking, Customer Service, Finance Assistant, Administration, Finance Officer, Management, Financial Advisor, Portfolio Manager, Graduate, and Customer Advisor.

Birmingham
With the second-largest economy in the UK Birmingham grew to prominence as a result of its manufacturing and engineering activities, its economy today is service sector dominated. Birmingham is one of the largest financial services employers in the UK. Two of the country’s top banks, Lloyds and Midland/HSBC were founded in Birmingham and today many financial services companies have HQs or offices in the city.

Manchester
Leading the Industrial Revolution of the 19th-century Manchester was known as a manufacturing centre for many years. Today its economy has become at least partially reliant on the services industries, and currently nearly 100, 000 people are employed in banking, finance and insurance. If you’re looking for audit jobs or other jobs in financial services then Manchester could have an ideal opening or opportunity.

Liverpool
Despite years of decline, Liverpool’s economy has recovered since the mid-1990s. Like many of the UK’s cities, its economy is dominated by service sector industries public and private. According to local government over 60% of employment in the city was in administration, education, health, banking, finance and insurance. Although historically the economy of the city was centred around the port, less than 10% of employment in the city is in these sectors today.

Of course few of the jobs available in these UK cities are likely to offer the same level of remuneration as audit jobs in London, but successful applicants could benefit from lower cost of living and the cultural benefits in dwelling in these locations outside the capital.