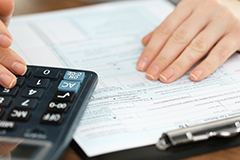 In recent years, UK and European firms have scrambled to hire people to fill internal audit jobs, created in response to the passage of SOX in the US and other similar ethical and audit guidelines in other countries. That scramble had the effect of pushing the role of auditor into the ‘high demand’ category on the employment boards and among recruitment agencies. But it seems that those pursuing auditor jobs are not necessarily motivated by high wages and job security, if the recent survey is to be believed. Instead, many may be motivated as much by the chance to do something good and help big business find its ethical high water mark as any other reason.

Those in an auditor job, whether they serve in an internal or external capacity, are charged with ensuring that companies operate to high ethical standards. No matter their position, they are privy to the inner workings of the firms whose books and policies they audit, and it is a part of their job to identify risks and wrongs and point out ways to make them right. While the general public may view auditors as number crunchers, the reality is much more colourful. It is the job of an auditor to review the financial statements of a firm, and make a reasoned judgment as to whether those statements represent a fair and truthful record of the company’s business.

Those who hold internal auditor jobs find themselves in the rather unique position of being expected to regularly review and challenge their employer’s policies and plans. They’re expected to weigh all aspects of a firm’s business dealings and advise their clients – their own employers – on the risks attendant when pursuing a particular course of action, as well as offering reasoned and well-thought-out advice on the best ways to conduct their business. In doing so, they must have one eye on the bottom line and another on the public pulse without ever losing sight of the company’s mission.

The other hat worn by internal auditors is 'penny-pincher'. It is their role to examine the expenditures and accounts to ensure that a firm is taking the financial benefits to which it is entitled, is finding ethical ways to reduce the bottom line and is literally finding the loose change in their employers’ pockets. By keeping an eye on the expenditures and recommending changes in procedure and policy, the internal audit department can exercise their ethical oversight while improving the standing of their companies.

Written by Jonathon Hickstead for CareersinAudit.com, the leading job site for auditing vacancies.