Brexit: What Now for Audit Jobs and the Professional Audit Community? 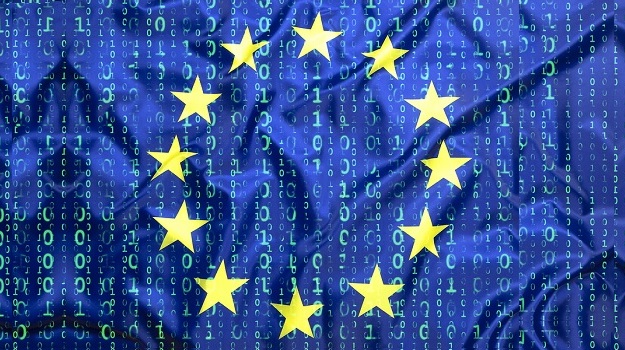 We spoke with the Head of Internal Audit at the ACCA to ask his thoughts on the post-Brexit fallout and how this may affect those in the profession not just in the UK and Europe but across the world.

Brexit and its repercussions are at the pinnacle of everyone’s consciousness across the UK and Europe as professionals on either side of the currently theoretical border find themselves in doubt over the future of their careers and residency. A deeply controversial result, the EU referendum saw the Leave campaign edge out in front of those in favour of remaining, leaving everyone to wonder what now?

CareersinAudit.com spoke with David Dobbs, Head of Internal Audit at the ACCA, who agrees that the initial aftermath has waved in an era of uncertainty which of course does not bode well for the business and financial markets. “This is likely to prevail for some time,” says Dobbs. “Mainly because there will be some political unrest before the next UK general election with no party now having a genuinely clear mandate to govern.” Following David Cameron’s resignation from the prime ministership, the scapegoat his fellow candidates had hoped to burden with any negative fallout from Brexit, the Tories will now be beginning the gradual process of selecting a new leader and they won’t be invoking Article 50 until that person is in place.

Speaking as well to a London banking professional, he asserted that London’s big business and financial services sector are working under the assumption that government will be taking the full two years to negotiate the exit terms, during which time it will continue to be business as usual. Looking ahead to the possible outcome of the negotiations, Dobbs says, “The UK will need to adapt to a new settlement with the EU and accept some structural changes to the economy – possibly an accelerated decline in manufacturing – including the development of new economic strengths that are export focused.” Forced to look outward of its European neighbours, the UK may attempt to forge stronger trading relationships with countries including India and China and emerging markets, which in turn could see audit and risk job opportunities for UK auditors and risk professionals increase in those locales.

“London’s long-standing dominance in financial services and banking will be under threat,” says Dobbs, “while financial centres such as Frankfurt and Dublin will likely benefit.” This assertion is seconded by the banking professional we spoke to, who explained the likelihood of anywhere between 20,000 to 70,000 jobs moving to the continent. Referencing this as worst case scenario, in light of the UK financial services industry contracting in response to Brexit, he pointed out that it was a necessity for those businesses wishing to continue servicing their clients out of Europe. For those in the Accounting profession, he warned that while those working domestically would likely be fine, the circumstances for those doing cross-border work will be considerably more complicated. The industry will still need auditors, it just might be that they’re best serviced from Paris or Frankfurt.

While audit is a fundamental priority for businesses; in the face of border restrictions it is naïve to think it won’t feel some of the effects. Dobbs explained, “I would expect the current high demand for auditors with Financial Services skills and experience to decline and if the sector is hit hard by Brexit then this may have a knock-on effect for the entire audit sector in the UK.” He continued by saying, “there will always be a demand for auditors but it normally correlates with the state of the economy.”

As negotiations between the UK and Europe look set to be drawn out across the stipulated two year period laid out under Article 50 and new legislation effected to replace EU law, Dobbs is of the opinion that the entire process will take up to 10 years. For the short term at least, not that much is likely to change; however what we are likely to see is issues around passporting and within the foreign exchange market. Our banking source pointed out that the $/£ fx rate (cable) will be a big indicator of sentiment, and with the predicted year in forecast holding the cable at 1.20 the greatest implications will be for exporters, tourism and people going abroad.

It is unlikely that any major changes will occur until negotiations come to a head at the end of 2018, the only thing that will likely change a lot are the level of sterling against foreign currencies, activity in the stock market and there will be a dramatic scale back in investments in the UK, fixed and otherwise. Thus we should expect a lot less foreign investment in the UK due to uncertainty in the market, not knowing what the rules are going to be, and the regulations. Our banking source surmised it as follows: expect a lot of volatility in the stock market, expect interest rates to remain near zero and expect the pound to be always under pressure.

It is of course difficult to make any hard and fast assertions over the future of the UK economy, though there will be a slowdown of sorts as investment decisions and infrastructure projects, such as Heathrow runway, High Speed 2, are postponed owing to transition and underlying uncertainty in economic conditions. “Jobs are probably less secure now owing to likely slowing economic growth in the UK,” adds Dobbs.

“For UK professionals wanting to work in Europe (and the reverse) there is massive uncertainty over the freedom of movement in and out of the UK that was core to EU membership. This effectively provided a level playing field for labour movements between the EU and UK; it also allows for healthcare and benefits to be paid to EU workers in their 'host' countries. Crucially EU workers also have, subject to certain conditions, residency rights allowing them to settle in their 'host' nation.”

This issue of ‘passporting’ and immigration status is one of the key factors in play on the immediate post-Brexit agenda with workers encouraged to sort out their residency documentation both in the UK and within the EU. “The situation is very uncertain,” says Dobbs, “but once the dust settles I would expect certain formal rights to be conferred on those (EU migrants) who are already employed (or settled) in the UK to allow them to stay indefinitely once Brexit occurs.  To be safe, many should now consider applying for UK citizenship.”

The issue, our banking source acknowledged, will rather be with people renewing their visas or submitting new applications, but ultimately no one is going to be forcibly removed from the UK or Europe. However, while we hypothesise over how the UK is going to retain access to the European market and what that means for border restrictions on either side, the outlook is not as rosy as we would hope it to be.

“It seems likely that the freedom of movement will be revoked as part of Brexit and be replaced by a more illiberal system of border/migration control,” says Dobbs, and as for those working in audit jobs and looking for audit opportunities? “This will affect both the demand for and supply of candidates wishing to work in the UK (coming from the EU) and vice versa. One possible effect will be more short term opportunities and secondments replacing longer term or permanent moves.”

Please feel free to get in touch should you have any questions or concerns about your own careers in audit and how Brexit may affect you in the future.