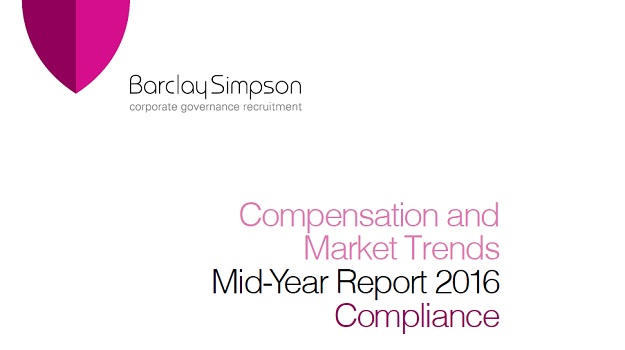 Our employers survey published at the start of 2016 suggested a buoyant recruitment market for compliance professionals. 79% of compliance departments had reported they were finding it difficult to recruit, with only 12% considering it was unlikely that they would need to recruit externally during the course of the year. However, according to our own metrics the number of vacancies being generated in compliance had started to fall. This slowdown continued in the first half of 2016.

There are two explanations. First the banking sector which remains the largest employer of compliance professionals. There have been job losses across investment banking. Many have looked to withdraw from uneconomic business lines and cut their costs. If a bank withdraws from a business line then it no longer requires the associated compliance expertise. Cost cutting has also included shifting jobs to lower cost centers both in the UK and overseas. The second explanation is the Brexit vote, which affected the wider financial services market. Like many others in the recruitment industry we were anticipating that the demand suppressed by the uncertainty of Brexit would result in an uptick in demand as the vote was settled in favour of the status quo. Clearly this did not come to pass and has resulted in potentially further uncertainty. For both clients looking to recruit and candidates looking to change job, the result potentially increases the value option of not making a decision.

What can we say?

There is no reason why the UK’s financial services industry should not continue to be successful outside of the EU. The industry in London and the UK has a unique position in the world including a sophisticated and influential regulatory environment. It will no doubt continue to be one of the best places for a compliance professional to develop their career. However, if you work in compliance, as recruitment consultants what can we say to you?

The consequences of Brexit will no doubt have become clearer by the time we produce our annual market report at the start of 2017. In the meantime, as usual, this report focuses on compensation and the results of our annual survey. Our survey was conducted before the Brexit vote and it is likely that some of the sentiments expressed in it may have subsequently changed. The compensation data will not have.

Fall in number of vacancies continues

This does not mean the compliance recruitment market will not continue to be dynamic as people leave and join the profession, departments grow and shrink, open and close and new areas evolve as others become redundant. In fact the vast bulk of vacancies are not new positions but replacement roles. Further, the three lines of defence model is changing the background and experience of the type of candidates that companies are prepared to consider. The movement of people between the various disciplines that make up corporate governance is accelerating and throwing up new opportunities by both allowing compliance professionals to transfer into a new discipline and also allowing others to transfer into compliance.

Slowdown in the rate of placements 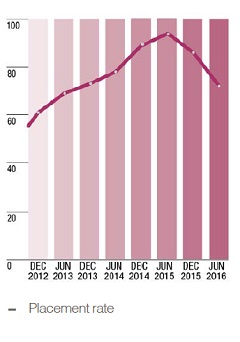 To provide a better insight into the dynamics of the compliance recruitment market, this graph plots the rate at which placements have been made across the last four years. The graph demonstrates the rate at which vacancies are being filled.

The rate of placements fell back in the second half of 2015 and has continued to fall in 2016. The reason for the fall in 2015 was that in spite of a buoyant compliance recruitment market where clients were keen to recruit, they also had increasingly high expectations. In that respect, nothing has changed. There are still candidate shortages and, in many instances, no lack of willingness to recruit. However, a decline in the rate of placements is also typical when a recruitment market becomes more cautious. Clearly for many companies Brexit was having an impact even before the vote. Whilst some vacancies are still being filled as quickly as possible, there are others where companies are exercising discretion. Non critical vacancies may be left unfilled or ‘back filled’ internally, recruiting more junior and less expensive candidates to fill the gaps. Given lower salaries these are often more difficult positions to fill. Such a slowdown is characterized by interminable recruitment processes. Given the comparative surprise of the referendum result the effect still remains to be seen.

Will still need to recruit

The compliance recruitment market is a more uncertain place than it was a year ago and given the result of the Brexit vote, is likely to remain so. Whilst our own metrics (such as vacancy generation and rate of placements) point to a reduction in demand, Brexit will now become a longer term source of uncertainty, but one we anticipate the wider financial services industry and compliance recruitment market will adjust to and come to terms with. Potentially key will be access to the single market and the passporting of services without a fee. 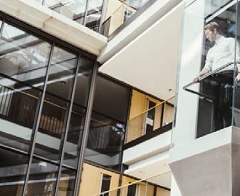 Companies remain highly selective and candidates who can demonstrate solid progress within a limited number of employers are of greater interest than those that have perhaps used a buoyant recruitment market to make multiple moves to maximize their immediate earnings.

Effective communication skills continue to rise up the value chain. As compliance moves forward compliance professionals must be able to engage with the front office and such stakeholder management skills have become key to recruitment decisions.

Whilst the demand for other skill sets have not changed significantly monitoring skills continue to be in focus, giving compliance professionals with an audit or risk backgrounds a potential advantage.

Mid to senior compliance roles remain London centric, although support roles continue to be moved to the regions, with many banks, insurance companies and consumer credit businesses choosing the North West, Mid Lothian and more recently the Midlands.

The banking and credit recruitment markets have slowed significantly and are potentially the markets where passporting rights will have the most significant effect. Having been entirely candidate led this sector is becoming increasingly vacancy focused. As banks rationalize and concentrate their efforts, costs are being cut including associated regulatory costs. The huge weight of compliance vacancies from the banking sector means that only a small percentage decrease in vacancies has a disproportionate effect on overall demand. More positively, payments are a growth area which is benefiting from the rise of fin-tech companies where London is regarded as something of a world leader. Financial crime is significant within this, due to companies needing clients to be properly on-boarded from different backgrounds and jurisdictions.

Within investments, sectors such as asset management and private equity are global businesses and demand for compliance expertise continues. Given current regulatory scrutiny, there is every likelihood that smaller teams will continue to expand. Demand from this sector is shifting towards greater specialization and less flexibility in terms of asset class exposure.

Markets have enjoyed a mixed start to the year. Public trading sides of banks have suffered but smaller players have continued to be busy, particularly within FX and the ever growing CFD market. In the insurance and pensions sectors it is generally business as usual. In particular, the Lloyd’s market is unique and less exposed to Brexit considerations. Conduct is currently a particular area of focus together with Solvency II.

Within the contract recruitment market the first half of 2016 was notable for the number of roles requiring financial crime prevention experience at Officer to Senior Compliance Officer level. Brexit uncertainty could potentially be a positive for the contract market as companies look to fill otherwise permanent positions with interim resource. Time will tell.

There was the usual discrepancy within our compliance survey between the primary motive given for those who have actually changed job – (career development), and the reason given for those who might potentially move – (salary). However, when asked what they would most like to change about their job, salary clearly came out top, with career development and work /life balance more distant seconds. Given salary is such a motivating factor within compliance, there may be some disappointment that salary increases achieved by both those staying or changing employer marginally fell back in 2016. This may go some way to explaining the overall decrease in satisfaction reported by compliance professionals with their remuneration. 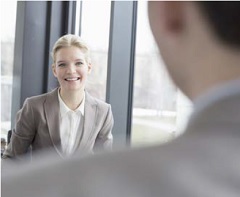 A number of financial services groups are actively looking to recruit and promote more women and overall their representation has historically been far higher in compliance than in other areas of corporate governance. It was therefore a little disappointing that according to our survey the percentage of women working in compliance marginally fell in 2016. This appears to have been caused by fewer entrants over the last two years. Given that men and women report having worked in compliance for a similar average period of time, 66% of men reported they were managers, against  61% for women. However, what was particularly notable was the discrepancy in the average salary, 16% higher for men although this might be influenced by the sectors they work in. It might also explain  why 48% of women cited salary as the main reason they would seek another job, against just 35% of men even though the average salary increase women gained by staying with their employer was 8.9% against the 6.9% achieved by men.

In this year’s survey we also gave compliance professionals the opportunity to share what they might like to say to their employer. There was not one simple message. As might be expected, we received a significant number of comments expressing dissatisfaction with their compensation, ranging from base salaries, bonuses and other benefits. This was already evident from our survey where 46% of compliance professionals expressed dissatisfaction with their remuneration.

Most managers can do little about the remuneration they are able to offer their staff. However, other comments, including some complimentary about their employer, included a lack of recognition, appreciation, career development and communication. Many of these would appear to be fixable with enlightened management. If staff retention is a measure of a compliance department’s success, then promoting open lines of communication where staff can express their concerns, could be a potentially worthwhile initiative.

This Mid-Year Report includes a significantly expanded section on salaries and compensation, designed to give a much fuller picture of overall remuneration packages. The Survey was of compliance professionals registered with Barclay Simpson and was conducted in June 2016. It generated several hundred responses.

To read the full report and see more information on the Salary Guide and Compensation Survey, click here.