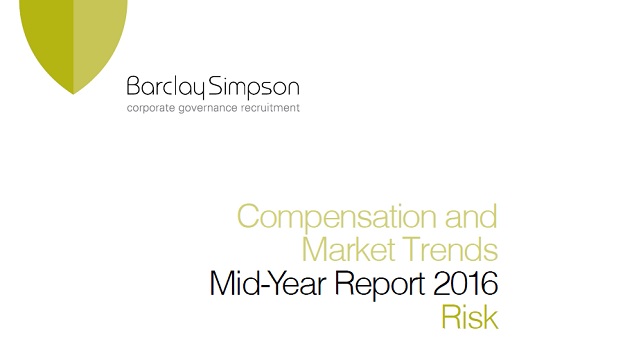 At the start of 2016 we reported that the risk recruitment market had slowed. Even though our client survey reported that 55% of risk departments did not have the resources to meet the demands made upon them, only 52% reported they had attempted to recruit in the last six months. Furthermore, 23% reported that they were unlikely to recruit in 2016, significantly up from only 5% the previous year. These responses confirmed our own day to day experience. The reason for this slowdown was largely due to the banking sector, which remains the largest employer of risk management professionals. There have been job losses across investment banking, with UK and European banks cutting their costs in response to lower trading volumes in fixed income, currency and commodities. Many have looked to withdraw from uneconomic business lines and cut their costs, along with hundreds of back office workers.

In spite of this backdrop the demand for risk managers was buoyant at the start of 2016 with vacancies across all areas of risk. However, this noticeably slowed in the run up to the Brexit vote. Like many others in the recruitment industry we were anticipating that the demand suppressed by the uncertainty of Brexit would result in an uptick in demand as the vote was settled in favour of the status quo. Clearly this did not come to pass and the result has only increased the level of uncertainty. For both clients potentially looking to recruit and candidates looking to change job the result increases the value option, at least in the immediate aftermath, of doing nothing.

Our expectation, provided a serious economic reversal can be avoided, is that the broader financial services recruitment market will live with the uncertainty caused by Brexit. Unfortunately the banking sector and, particularly Tier 1 banks based in London, are potential victims of strategic decisions that may ultimately reduce the number of risk managers employed. However, there may be some comfort that many of these banks were already rationalising before Brexit.

The consequences of Brexit will no doubt have become clearer by the time we produce our annual market report at the start of 2017. In the meantime, as usual, this report focuses on compensation and the results of our annual survey. Our survey was conducted before Brexit and it is likely that some of the sentiments expressed in it may have subsequently changed. The compensation data will not.

At the start of 2016 real earnings and overall employment numbers were still growing strongly. This was reflected in our survey to the extent that the average salary increase achieved by risk managers staying with their employer rose from 7% in 2015 to 8% in 2016. However salary increases achieved by risk managers changing job fell from 19% to 17%. Although the percentage of risk managers reporting they were not working remained flat, the average period of unemployment rose. 78% reported it was more difficult to secure work than they had anticipated. Perhaps not surprisingly fewer risk managers also reported they had changed job in the last year, down from 28% in 2015 to 24%.

In this year’s survey we have included some questions about how risk mangers feel. Whilst there was a strong sentiment that their skills are becoming more valuable, 27% of risk managers reported they felt less secure than a year ago, weighed against the 20% who felt more secure. Although salary is important to risk managers in terms of what they would most like to change about their job, career development was the standout choice. For managers looking to retain their staff, this may well be a sentiment they should recognise and look to act upon. 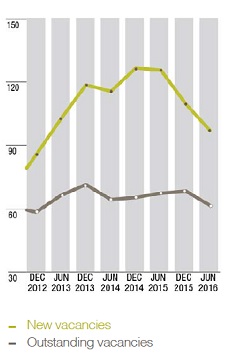 2016 started strongly in terms of vacancy generation, although by the second quarter the market had slowed significantly. Concerns over Brexit were coming to the fore and adding to pre-existing concerns over growth in the global economy, regulatory capital costs, deleveraging and the need to divert investment into areas such as Fraud, Conduct, Regulatory Risk and Treasury. As a result, vacancies were withdrawn or put on hold and risk managers who left were not automatically being replaced.

Vacancies were most notably down in banking, although one bright spot has been the regulatory inspired adoption of risk management by the subsidiaries of international banks. They typically operate in corporate lending, trade finance, private banking and consumer finance and target risk managers with ICAAP, ILAAP and RRP experience. However, many larger banks were notable by their absence from the recruitment market. Vacancies were also commonly for junior positions across Credit, Market and Operational risk with far fewer of the more senior roles that usually characterise the market. This reflects a desire to control costs by promoting internally and backfilling the resulting more junior vacancies. Whilst we are not assuming an immediate recovery in vacancy generation, post Brexit there has been an up tick in activity. No doubt the financial services industry will come to terms with Brexit. Economic and political stability will asssist this process.

To provide a better insight into the dynamics of the risk recruitment market, this graph plots the rate at which placements have been made across the last four years. The graph demonstrates the rate at which candidates are being offered jobs which are then accepted.

We reported at the start of the year that the rate of placements had been falling for two consecutive quarters. Whilst there was a modest uptick in the first quarter of 2016, the rate of placements has again fallen back. A decline in the rate of placements is typical when a recruitment market becomes more cautious and slows. From our perspective as recruitment consultants, it is manifested by; interminable recruitment processes, candidates being rejected for irrational reasons that appear more like excuses, offers not being signed off or ones that are unrealistically low. Equally many vacancies that clients are keen to fill face difficulties. For junior roles there are fewer candidates with the skills required. In demand risk managers with quantitative skills, retail credit risk managers and those with solid 2nd line of defence experience remain in short supply. Counter offers are also common as companies are not only loathe to lose valuable risk managers but may have concerns that they potentially will not be allowed to replace them if they leave.

The risk recruitment market is a more uncertain place than it was a year ago and given the result of the Brexit vote it is likely to remain so. Whilst our own metrics such as vacancy generation and rate of placements have clearly turned down, Brexit will now become a longer term source of uncertainty which we anticipate the wider financial services industry and risk recruitment market will adjust to and come to terms with. Companies will still need to recruit and risk managers will still need to change jobs.

Our survey was conducted before Brexit but in the full force of the uncertainty prior to the vote. What is striking is the importance risk managers place on career development. According to our survey it was the main reason risk managers changed job and was by far the most significant change they would like to make to their existing role. 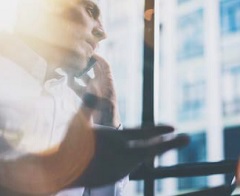 At 4%, the percentage of risk managers reporting they are not working is no different from a year ago. Whilst cutbacks in Tier 1 banks have resulted in redundancies, these are currently, as they have been for a while, concentrated amongst senior level credit risk managers from corporate and investment banking backgrounds. Their most likely source of employment is in other sectors such as asset management or insurance, or even outside of the financial services industry. Whilst they may have historically found employment as CROs in smaller banks, given the regulatory demands, this is no longer viable.

The average salary increase achieved by risk managers changing job has fallen from 19% in 2015 to 17% in 2016. Whilst there are any number of examples where risk managers have achieved significantly higher and indeed lower increases, there is a substantial amount of realism amongst both clients and candidates. The fall in the average salary increase achieved by risk managers changing job is evidence of this. Companies broadly recognise that in some areas of risk there are genuine shortages. In response they either have to take a more practical approach to the skills and experience they are seeking or they need to increase the salary they are prepared to offer. For candidates changing job is not usually about salary but career development. Clearly for those with ‘in demand’ technical skills and the desired interpersonal skills and who are under no pressure to move, significant salary increases are being achieved. However, most risk managers understand it is a competitive market and have realistic expectations.

In this year’s survey we also gave risk managers the opportunity to share what they might like to say to their employer. There was not a clear simple message. Although risk managers may be realistic regarding their salary expectations in the recruitment market, there were a significant number of comments expressing dissatisfaction with their compensation, ranging from base salaries, bonuses and other benefits. This was already evident from our survey where 55% of risk managers expressed dissatisfaction with their remuneration.

Given departmental budgets, there is little most CRO’s can do about the  remuneration they are able to offer their staff. However, career development was a common theme, as was the need for greater recognition and better management. A more dynamic approach to risk management was cited, together with the need to welcome good ideas and change.

Given the underlining grievances, if staff retention is a measure of any risk departments success, then promoting open lines of communication where staff can express their concerns, rather than looking for another job, could prove to be a worthwhile initiative.

This Mid-Year Report includes a significantly expanded section on salaries and compensation, designed to give a much fuller picture of overall remuneration.

The Survey was of risk managers registered with Barclay Simpson and was conducted in June 2016. It generated several hundred responses.

To read the full report and see more information on the Salary Guide and Compensation Survey, click here.