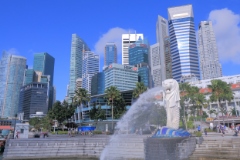 The future for compliance candidates across Asia Pacific is bright, according to data from Morgan McKinley which revealed its figures for Q1 of 2015 earlier this month. Despite a less than promising final quarter in 2014, the Asia Pacific Employment Monitor registered a 21% year-on-year rise in financial services roles. A rise reflected in the hiring trends for organisations across the Asia Pac region with a 34% increase in employment opportunities during the first quarter of 2015. It would seem then that the nation’s economies, which comprise the Asia Pacific region, could be on the up following the seasonal dip at the close of 2014.

With more than 200,000 Singapore nationals living abroad, many of whom work in the financial sector, the country’s government has imposed regulations on businesses and incentives designed to entice émigrés back home. A critical source of talent for the city state, the government has employed an ongoing incentive for banks to hire nationals over expats. However, the weakening Singapore dollar through Q1 is dampening government plans. Nonetheless, employment opportunities remain on the rise, with data specifically pointing to a growing trend of organisations looking to up-skill and upgrade existing talent pools and grow certain areas pertaining to new product lines and services.

The internationalisation of China’s local currency, the renminbi (RMB), has impacted a major upswing in banking recruitment as banks try to adapt to the changes. With newly set up RMB teams, the most sought-after individuals are currently those in possession of the necessary skills and expertise across areas including transaction banking, corporate finance, credit and lending.

Although figures for the first quarter of 2015 revealed weakness in the Japanese economy, the financial services sector is retaining some strength as demand for compliance and regulatory professionals are among those roles growing the Japanese job market.

The hiring market in Hong Kong is currently experiencing an interesting conflict as employers are struggling to fill open roles in compliance, in particular, from the current pool of graduates who have their hearts set on front office positions. Job and salary growth is by comparison in middle and back-office roles, leading to the concern of many employers with regards to potential candidates’ attitudes towards the working culture that is expected of them. Many junior positions require an acceptance of a working culture that many graduates are reluctant to conform to. Another factor of concern besides cultural fit is linguistic ability, as many mainland Chinese and Hong Kong graduates lack the required fluency in both English and Mandarin Chinese. What is clear is that there is a strong market for candidates coming out of the first quarter of 2015, indicating that firms are looking to the future with talent acquisition a crucial investment factor at play.

In the current employment climate, it would appear it is a contractor’s market. As large corporations have reduced their permanent work force over the past two years, there is room in their now pared-back teams for contractors to provide support as and when the workload increases beyond capacity. Contractors are also being brought in to work on large-scale transformation projects, which have increased in popularity of late, as organisations explore ways of generating new revenue streams, while driving existing revenues and improving productivity in the workplace.