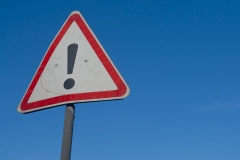 You know how it is when someone in your office starts coughing and sneezing?  You're sympathetic, offer them some kind words of commiseration, but all you can really think of is 'please don't give it to me'.  We're all familiar with, (and wary of,) the infectious symptoms of physical disease - and we are naturally inclined to take defensive action.  But did you know that emotions and behaviours can be similarly contagious?

A new study by University of Florida researchers, 'Catching Rudeness Is Like Catching a Cold' recently published in The Journal of Applied Psychology revealed some hard evidence that, if you think about it, should not come as too much of a surprise to auditors whose job requires extensive human interaction.

But it is the extent of the contagion that should put us all on high alert.  A paper from 1999, 'Tit for Tat? The spiralling effect of incivility in the workplace', demonstrated many years ago that rudeness is passed on by individual interface: you diss me and I diss you back.  Back then the researchers also speculated that while incivility might start one to one, the initial dose appears to give rise to a 'secondary spiral'  where the recipient goes on to pass on surliness around the whole office.  Hence the contagion analogy.

Until now this was speculation but the hypothesis has been supported in the recent research paper which suggests that it really doesn't take much to spread the contagion.  We are not talking out and out bullying necessarily, even a harshly worded email can be highly infectious.

For the study, Trevor Foulk's research team reviewed individual interactions in the course of negotiation training.  Working in pairs, participants first rated the civility and likeability of their partner then took part in a series of games where they could choose to share a monetary amount in units from zero to 100%.  The participants then replicated the same sequence of activities with a set of new partners.

Sure enough, where individuals had worked with a partner perceived as rude, there was a distinct tendency to pass on the emotional experience to the next interaction, and subsequent relationships suffered by receiving a lesser share of the spoils.

The concept of rudeness 'rubbing off' might be intuitive but most of the research so far has concentrated on the emotional contagion of positive interactions.  This is the first time we have seen documented evidence of the 'spiralling effect' of negativity.

For organisations, the new study says a lot about the importance of investing in fostering the right culture and climate to ward off negative behaviours.  But it also speaks directly to us as individuals.  If incivility is spread as easily as the common cold then, just as we would guard against spreading a virus with protective action, we also need to think twice before we snap at our team mates or fire off that angry email...

T Foulk, A Woolum & A Erez - 'Catching Rudeness Is Like Catching a Cold: The Contagion Effects of Low-Intensity Negative Behaviors ' 2015