External Audit around the World 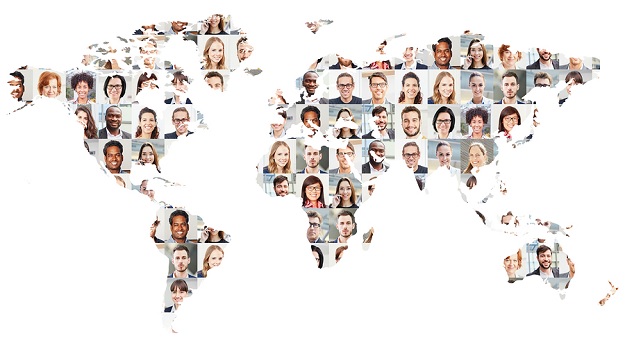 Generally speaking, auditing looks much the same all over the world. This is largely because everyone is conducting their external audits in compliance with the same international auditing standards. Where the key differences lie is culturally.

Lars Sigmond, former External Auditor for KPMG in the Netherlands and Brazil, says “Audits all over the world should be the same, the differences come in country cultures and the way people work with each other.”

In Korea, for example, there are strict expectations around hierarchy. Age is revered over talent in many cases so a younger colleague may be better than his or her senior at the job but is unlikely to surpass a colleague who is older. There is a great respect for order and a traditional and conservative approach to how business is conducted across most of the Asia Pacific countries.

Conversely, in the Netherlands there is far more emphasis put on encouraging the younger generation to reach their potential. Working in external audit requires individuals to use their better judgement and question and challenge those senior to them. These are qualities and skills that are nurtured in the Netherlands as younger auditors are taught to trust their own instincts and learn early on to challenge their seniors and create a more open dialogue across the business.

Whereas in countries like Brazil there is an innate reluctance to speak up. Experience and seniority will often prevent younger auditors from coming forward and pointing out potential errors in their colleagues’ findings, which can have a disastrous effect on the ultimate engagement as Sigmond asserts, “everyone can make mistakes no matter how experienced they are.”

Places like Australia certainly practice an open culture. However, there is a talent deficit for external audit jobs with the tendency being for many graduates to travel straight from university, leaving companies to source talent from overseas. Those foreign professionals then typically stay 3-4 years before returning home. “The challenge is in not only bringing in the skilled people but retaining them so they’ll stay long enough to replace the partners who will leave further down the line,” says Sigmond.

In certain European countries, the UK, the US and the Netherlands for example, most external auditors will enter the profession as a university graduate with a bachelor’s degree in accounting, economics, business, finance or a combination of one or more of those subjects. They would start work already prepared with an introduction to auditing and knowledge of the standards.

In other parts of the world, such as South America, there is a distinct lack of skilled, educated audit professionals. Many aspiring external auditors will start with a simple accounting degree but have no knowledge or understanding of auditing itself, they learn this on the job. “They know what they’re doing,” says Sigmond, “but it takes them longer to innovate or improve the quality of the audit due to lack of opportunity to challenge the decisions that other people have made.”

The level of training received will vary depending on where in the world you pursue your career in external audit. In the US, UK, most of Europe, Australasia and the Netherlands there will be a proper risk assessment of any client in order to identify the key risks of an audit’s engagement, whereas once again the developing audit industries in countries like Brazil and Argentina can find it more difficult to pinpoint the significant risks which can then result in an inefficient audit. They can also have a different appreciation for deadlines compared with the punctuality of their Japanese and US counterparts.

As for how audits are done, in France, for example, listed companies will have a mandatory joint audit with two big firms assigned to one engagement. This reinforces the independence of the audit, fundamentally safeguarding the purpose of the external audit. “It has been a hot topic over the years,” explains Sigmond, “how to maintain the level of trust the public has in audit, particularly post-Enron, and has given way to compulsory rotations every 5-8 years depending on the company and country.”

No matter where in the world you pursue your audit career, external audit jobs can come with long hours, made longer still by the busy seasons at certain points in the year. You just need to see which cultural climate you best fit into.