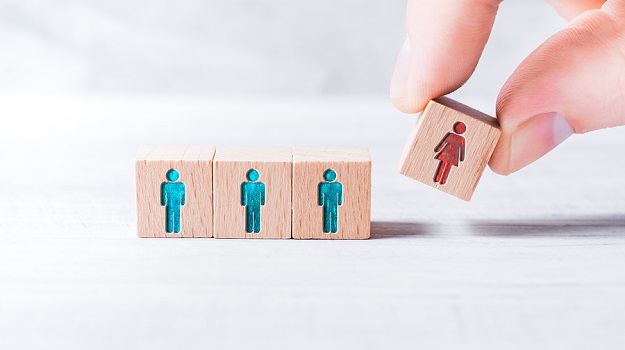 A recent report by ICAEW revealed some worrying figures on the pay disparity in accountancy and auditing. With the gap widening 5.4 percent since 2014, the report highlighted the average annual salary for males in senior auditing to be £100,900 compared to the female average of £63,900. This is a huge difference of 37 percent. The accounting and auditing profession offer excellent career opportunities for both men and women when compared with other industries, so this widening pay disparity is raising eyebrows.

Since becoming mandatory two years ago, the gender pay gap reports have spotlighted the ongoing issue of gender inequality in senior accounting and auditing. Whilst men and women are entering accounting on equal salaries and in equal numbers, this equality becomes skewed as the ranks progress. When comparing senior levels, females at partner level account for only 17 percent with 19 percent of firms without any female partners.

This slow move to lessen the gender gap at senior levels falls back to company culture. A culture of equality needs to flow from leadership. A lack of gender diversity at board and senior management level are not inviting or aspirational to females wanting to invest in building their career at the company. “No matter what a woman does, even if so, much effort is made if the workplace culture is not conducive [to equality], your effort is limited,” says Ambe Tierro, senior manager of the Accenture Phillippines’ Advanced Technology Center.

Organisational culture is more than the written values found in company policies. Culture looks to how these values are lived throughout a company on a daily basis. Stating a one liner in a company policy about gender equality fails to deliver change. Senior management need a gender split and a diverse board to convey the right ‘tone from the top’. When such diversity is seen as only a legal duty the potential for deep rooted organisational development is stifled.

The ongoing perception that women are not natural born leaders further perpetuates the stereotype of male superiority. Women feel forced to be overqualified and overworked in order to reach senior positions when compare to their male counterparts. The added ‘burden’ of motherhood is an added barrier that disparages women.

Yet as IIA Global Chairman Angela Witzany has previously stated, “Organisations that value gender diversity benefit from a range of perspectives that can improve their ability to identify and address strategic risks”. Females in auditing create a well-rounded environment. They are often collaborative, team oriented and empathetic, all needed qualities for client interactions, managing teams and driving better results. Females have proven to boost bottom lines, with gender equal boards of Fortune 500 companies financially outperforming those without such equal representation. This study also found increased engagement and job satisfaction to correlate with increased female employees along with decreased burnout and employee turnover.

If gender parity is to be seen in the coming years, companies will need to actively and aggressively work to retain their female employees. Implementing cultural changes that meet these shifting demands is the first step, not only step, for companies serious about addressing equality.