How is the Gender Pay Gap in Australia affecting auditors? 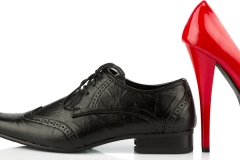 A recent ABC investigation has concluded that full time earnings for men and women within the same job continue to be staggeringly disparate. Taking findings from a 2015 Australian Bureau of Statistics report, the ABC found that the distinction between male and female wages for the same occupation is as much as 48%. Of course, naysayers can plead skewed statistics or even that “men work harder than women” but it begs the question, why is equal pay between men and women not already happening?

The UK has passed new legislation deeming companies with more than 250 employees responsible for reporting what they pay male and female employees, so what does this mean for auditors in Australia?

In this country, finance is a male-dominated industry. While this appears to be true, this does mean that more men than women work in the finance sector in jobs like Audit; male domination can also have the effect of men being promoted ahead of women and thereby generating larger pay packets. Perhaps a similar review to the UK will need to be undertaken to establish what companies are paying for men and what they are paying for women doing the same job.

A CareersinAudit survey conducted last year found that nearly half of those questioned believe that men are paid more than women doing the same job in their industry.

“When accountants were asked to give more detailed responses as to why they felt such disparity exists, some felt it is because ‘employers can get away with it’ and there is a social pressure for women to stay ‘content with what they get’. Others believe men have the ‘guts to ask for pay rises’ and it is ‘more in their nature to negotiate a package, whereas women lack the confidence to ask’. As one accountant said, ‘When men ask for a promotion/ pay rise they are seen as ambitious but women are seen as pushy’. Others believe that career breaks and family commitments are the main reason for the divide.”

Some may argue that equal pay should not be a Battle of the Sexes. Why should men have a problem with women earning equal pay, supposing they work the same hours in the same industry with the same responsibility? Men have just as much responsibility to campaign for equal pay within our egalitarian society as they did for women to have the right to vote or to own land. Perhaps it is time for open discourse on the matter to determine what everyone is getting paid and what can be done about the gender pay gap in Australia.