How many Overtime Hours do you Work to earn your Holiday Entitlement? 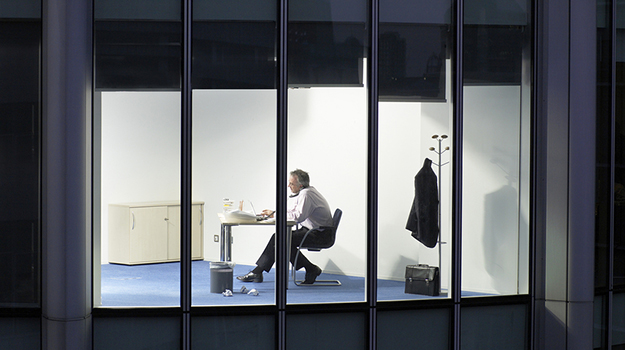 According to the Chartered Management Institute's recent report on 'The Quality of Working Life', you are likely having to work over 200 hours of overtime which cancels out the average holiday/bank holiday entitlement of 28 days per year.  Sub-headed 'The new normal: longer hours, digital presenteeism and stress', the research reports that 80% of managers work an extra hour per day, equivalent to an additional 29 days annually.

The CMI study has been tracking the effect on workers of the changing business environment since 1997.  The latest report, published early in 2016 was carried out by Professor Cary Cooper and Professor Les Worrall.  CMI and the Work Psychology Group surveyed over 1500 UK mangers during 2015 to identify key trends and their impact on workplace wellbeing, motivation and productivity.

The findings indicate that, since the 2012 survey, the percentage of managers working overtime has increased stealthily, culminating in a huge 92% by 2015, with one in ten working an additional three hours per day.

Now, as audit professionals this might not be too much of a surprise; as an audit manager you may well have accepted the tacit, non-contractual norm of your organisation for simply working until the job is done.  But big picture-wise, the concern is the rising trend over time, 'the new norm' of the title, and the sustainability of this relentless rising tide.  In other words, where is it all going to end?

Technology, it seems (ironically. the great redeemer, purporting to streamline our lives and improve our productivity) bears much of the blame for the (even) longer hour's culture.  Over 60% of managers report finding it harder to 'switch off' from work and one in five describe themselves as being 'always on', checking email outside of working hours, with over half admitting to checking 'frequently'.

The 2016 report identifies this as a new type of digital 'presenteeism' which, we know from previous studies is ultimately synonymous with lower productivity overall.  'Just because people can be always on doesn't mean that they should be', it rails, and calls for employers to formally grant employees permission to switch off.

There is much organisations can, (and do) do, to change behaviour and protect their staff: policy and procedures such curfewing smart phone usage after a certain time of the day, enforcing a 'protected weekend', switching off servers overnight, but these all take time and are only as effective as the cultural shift role-modelled by leaders and managers.

To preserve your wellbeing you cannot afford to wait; so what can you do, if you are feeling overwhelmed by 24/7 technology and in danger of cancelling out your holiday entitlement through being 'always on'?

Well, first share the full CMI report with your organisation and then take some time to make some changes closer to home:

And finally, if you need more encouragement to safeguard your health, check out our comprehensive programme, The Resilient Auditor and in particular look at the article on 'Stress'.  Don't forget that while lobbying for change at an organisational level is vital, it's your own mindset that has to adjust first or you are going to be forever locked into the cultural norm of 24/7 availability...