How to build your audit career in the UK 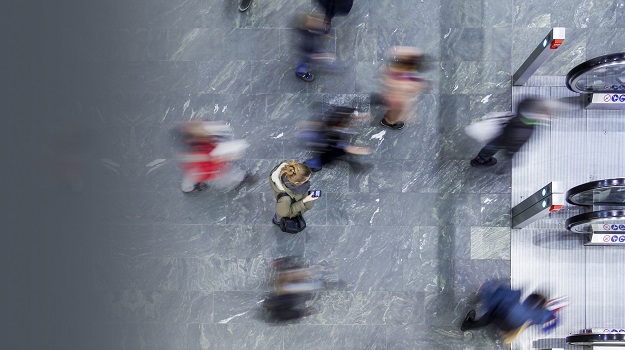 Panos Merziotis, who was working in Cyprus and Greece, and Maria Lantero, who’s originally from Spain, both relocated from mainland Europe to take up positions in Audit at EY UK. Neither have looked back since. So what are their perspectives on settling in a new country with a new firm, and how have their careers developed since?

Having moved to the UK in 2013, Panos says his career has rapidly taken off because of EY’s focus on career progression and a personalised career development programme.

“I used to work for another Big Four accounting firm back in Cyprus but I decided to relocate to EY Aberdeen to specialise in the oil and gas industry. It’s really accelerated my career.

Within a year of moving to the UK, I was promoted to an Assistant Manager, then became a Manager two years after that. Just recently it was announced I will become a Senior Manager, which is fantastic news for me.

I manage the audits of groups operating in both the upstream and the services sectors, and the fact that I work in such a diverse environment, with many different people, has given me the chance to improve my soft skills and raise my self-awareness. In every role I’ve had, I’ve worked with clients and colleagues all over the globe. For example, recently I got involved with a project where I will have to coordinate the audits in 21 different countries. I’m pretty sure it will be challenging but exciting at the same time.”

The sky’s the limit

“I specifically enjoy working for oil and gas clients who are FTSE listed in the UK. Every year I have the chance to present the results report to the audit committee and every year we’ve had some complex accounting issues to resolve. The feedback I’ve received from the client has been very positive so far which has helped me raise my profile within EY.

I’ve had such a great time with EY in the UK. I believe that EY can give you many opportunities and, if you grab them, the sky’s the limit.”

Maria joined EY UK in 2015 and went to work in Audit at the flagship office in London. She offers her views on EY’s culture, the people she’s worked with and her move to the UK. 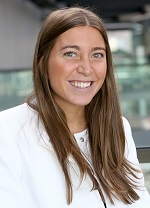 “I wanted to work for a Big Four accounting firm but I also wanted an international experience where I could improve my English. I had friends in EY UK who told me that they were really happy there, so I thought, ‘why not?’. I’m very close to my family and friends in Spain, and there’s plenty of ways to keep in touch with them, so it doesn’t feel like I’m very far away.

EY made the move itself quite easy. They helped me do all the relocation paperwork, assisted with transport and even supported me in finding accommodation for the first two weeks.”

Crazy but funny – the best experience of my life

“On my first day at EY I travelled from my office in London up to Newcastle to meet my first client – I wasn’t even sure where Newcastle was! But the local EY team were amazing – very helpful and supportive, so for me it’s been really good – people are really nice and always willing to help.

It's a very good experience, although of course there’s been things I’ve had to adjust to. For example, I noticed that everyone eats lunch really early here. In Spain we're used to getting lunch around three o’clock but, around midday, everyone wants to go for lunch in the UK. It's crazy, but funny!

Overall, if you’re thinking about moving, I would say definitely come here. Spain’s ROAC exams give you similar qualifications to the ACCA, so transferring and applying for the right role with EY is easy. The time goes quickly – I’ve been here for three years and, honestly, they've been the best of my life.”

If Panos and Maria’s stories made you want to know more about building a career in Audit at EY UK, visit ukcareers.ey.com/audit to find out more and apply for roles today.