How will Brexit Affect Auditors? 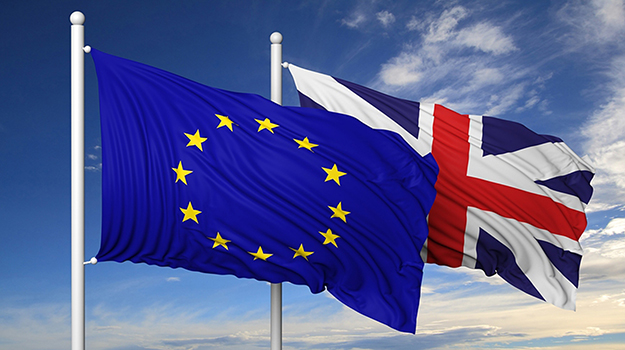 The State of Brexit: In or Out?

How will Brexit Affect Auditors?

In the wake of David Cameron’s unsuccessful pledge to further reforms of Britain’s status in the EU during his time at the EU summit in Brussels, the likelihood of Brexit is gaining concerning momentum. Cameron’s assertion that he will not be running in 2020 has further disconcerted the Conservatives, a factor which is being held largely responsible for their internal conflict over Britain’s plans to leave the EU. Euroscepticism is rising and as confidence falters following Cameron’s failed deal to effect a significant change in Britain’s EU relationship with Justice Secretary, Michael Gove, and London Mayor, Boris Johnson, joining the ranks of pro-Brexit advocates; we consider the impact such a move could have on the UK economy and how this affects audit professionals and auditors currently working in the UK and Europe.

Those campaigning to leave the EU have been playing on concerns over migration and loss of autonomy while disregarding any real alternative should the UK actually withdraw from its EU membership. This blatant exception notable in UKIP’s campaign as they devote more energy to Project Fear than offering up clear strategies for the aftermath of Brexit, is one reason why the pro-EU stance may well prevail. The divided messages and aggression within the Leave campaign will likely work against them with Nigel Farage and Douglas Carswell on opposing ends of UKIP’s party line throwing more ammunition at each other than their Remain opposition.

Though fellow party leaders, including Labour’s Jeremy Corbyn, are declining to share a pro-EU platform with Cameron, OECD, the West’s leading think-tank has stepped forward to lend the UK prime minister the gravitas and support he needs in driving his campaign. Discrediting Mayor Johnson’s argument that the UK would see long-term gain in spite of short-term costs, Catherine Mann, the chief economist at the Organisation for Economic Co-operation and Development told The Guardian that a vote for Brexit would bode negatively not only for the UK but also for Europe and the global economy as a whole.

The financial services sector, which comprises some of the 40% of UK trade in Europe, would certainly be badly hit as it is not covered by World Trade Organisation agreements. HSBC in particular have stated publically that if the UK were to leave the EU, they would have to move about a thousand of their employees to Paris and base a number of their businesses there in order to function in Europe. And while banking would feel some of the impact, industries such as construction, where there are skill shortages, would suffer badly if ties were severed with Europe. Airlines are among other industries that would fare badly if Brexit is victorious, as they and other sectors benefit strongly from being in Europe. Certainly the overall state of play when it comes to UK business will see a sharp decline if the “Leave” campaign is successful.

Mann further predicted the UK would no longer attract inward investment should Brexit come to fruition, as its self-imposed exclusion would cast doubt in the minds of companies looking to invest. In short, there is less to gain from leaving than remaining in the EU, as ties across Europe lend themselves to access that extends far more greatly than just its own borders. Investments, exports and access to core markets globally would all be limited should the UK succumb to Brexit.

As far as audit jobs are concerned however, situations like Brexit tend to signal opportunity for auditors as independent regulators including the FRC (Financial Reporting Council) advise those companies gearing up to publish their fourth quarter and full year earnings results to include the cost of Brexit in their financial statements. Directors of the FTSE 100 blue chip firms set to publish their results must also disclose the potential risks involved with Brexit to their shareholders and investors, meaning now is the time to get their accounting affairs in order. The current climate is one of uncertainty and risk as the votes remain split on whether the UK should leave the European Union, forcing the business community to place critical importance on the impact of Brexit to the cost of their operations.

Despite the overwhelming influence from business and union opinion, as the global economy downshifts and its trade slows, and as the euro zone weakens and dispute over Greece’s debts once again rears its head; the potential for crisis could well alter the course of Brexit’s outcome. However, the collateral damage that would certainly occur should the UK leave the EU would be far worse, with sterling taking at least a 20% drop against the dollar, mass unemployment, businesses closing and mortgage rates literally going through the roof.

As Mayor Johnson comes down on the side of the supposed benefits of UK autonomy from Brussels and Catherine Mann counters his argument with her own in favour of protecting people’s financial security; it is likely that the latter opinion will ultimately triumph. Certainly that will be the hope of the UK workforce, who undoubtedly will be the most affected by Brexit and its plan to isolate Britain from its European peers and allies.