How your CV will grab a reader's attention 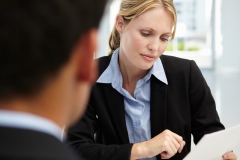 Are you an amateur?

With just sixty seconds to make an impact, how can you ensure your CV will grab a reader’s attention? Try showing them you’re not like every other professional auditor, writes Neil Baker

To get ahead in the audit industry, you need to have a good CV. More than that, you need to have a CV that uses all the right buzzwords. What you have achieved can be less important than the language you use to describe it, at least at the pre-interview stage. I find this state of affairs depressing. Phrases such as “transferable skillset” and “task oriented achiever,” which are recommended by CV experts, are meaningless. Instead, I think there is another word that should be at the front of your mind when you write your CV, although I bet it won’t be. The magic word is amateur.

Unfortunately, this has become a dirty word. But I’d like to see it rehabilitated. Take my own career. I’ve been earning a living as a writer and journalist for over 15 years. It is all I do, and all that I ever want to do (apart from writing the Great British Novel). I am hard-working and conscientious. I take what I do seriously. Yet I’m happy to admit that, deep down, I’m a complete and utter amateur.

There aren’t too many proud amateurs around anymore. Everybody wants to be a professional. Even estate agents have a professional body. But when the word amateur first came into the English language in the late 18th century, there were happy amateurs everywhere.

The word has its roots in the Latin “amator”, meaning lover, and when it first appeared as a noun in English it meant someone who is fond of something. The enormous Oxford dictionary in my local library goes even further: an amateur was, originally, “one who has a taste for anything,” it says.

Regency England was full of gentlemen amateurs engaging enthusiastically in all sorts of new and unusual pastimes and sciences. They often had no idea what they were doing. But they didn’t let that put them off. They were making the rules up as they went along, sometimes quite literally (why do you think cricket is so complicated?)

They weren’t charlatans, shysters or dilettantes, they were just enthusiastic people trying to find out or experience new things. These are priceless traits for employers who believe in the “recruit for attitude, train for ability” mantra. But I think they get lost in the obsession with appearing “professional”, which is so often synonymous with conservative and dull.

It took time for the word amateur to earn any derogatory meaning. But the game was up in the mid-19th century when “amateurish” made its first appearance. Now our keen enthusiasts were seen as inept, unskilled bunglers. The dictionary says, quite tellingly, that they were “unprofessional”.

I blame the Victorians. It used to be very clear what a “professional” was. They were people who had studied hard for many years for careers in theology, law or medicine. Estate agents, beauticians, boat builders, kitchen inspectors, nightclub doormen and… auditors, were not included.

But for the mercantile classes who climbed the social ladder of Empire, wealth was not enough – they wanted status, they wanted to be professionals. Amateur waned as professional waxed.

My dictionary still defines the noun usage of professional as “an occupation requiring specialised knowledge and often long and intensive academic preparation.” Yet my window cleaner says he is a professional. Indeed he is, in the sense that window cleaning is his chosen vocation and he does it as well as he can. And good luck to him, he does a good job.

The problem is that having invested so much in their knowledge and expertise, professionals are too reluctant to stray off their turf. A lawyers sees everything as a legal problem, a surveyor only thinks about buildings, auditors only do numbers; you get the idea. And they are just as determined to keep everyone else off their patch: that’s why lawyers bombard us with their jargon; it’s to keep us away.

But your value to an organisation is diminished when you refuse to venture outside of your professional domain. You may be an auditor, but you are also – presumably – an intelligent, inquisitive, human being who has more to contribute than their knowledge of auditing.

Amateurs do not get stuck behind these walls. They are interested in everything and everybody. They want to know how things work, why things happen, who they happen to and when? They are thirsty for explanation and hungry for knowledge.

For a journalist, these attributes are essential (Hello magazine being the exception that proves the rule.) But I also think they are part of what makes a good auditor.

Auditors – like journalists – need to be able to ask simple questions of people who know far more about the subject than they do. They need to understand every part of the organisation. This is not easy, as most people want to look as clever as they can. If they don’t know something, they pretend that they do. If they get asked a question and get an incomplete explanation, they fill in the gaps themselves. In an auditor, that is dangerous.

An amateur wouldn’t fall into that trap. Professionals need to maintain their veneer of competence, but for an amateur there is no shame in ignorance – the shame would be in not asking the question in the first place.

I’ll concede that all auditors should be as professional as they can, in the sense that they should perform their work as well as they can, and invest in their knowledge and skills and so on. My point is that, when you write your CV, don’t sacrifice the spirit of the amateur. Let prospective employers know you’re not just another professional.

Does this all sound like a stupid idea? Especially after all the hard work and training you’ve undergone. Perhaps, but not half as stupid as the tricks some people will try to get their CVs noticed. New graduates are prepared to lie through their teeth to get the job they want, according to a survey from Pareto Law, a graduate recruitment company. Three quarters said they would lie about their experience, and 15 per cent would lie at the interview. One in ten would even have sex with someone, if that helped.

And the fact is your CV has just seconds to make an impact. A survey of employers from HR consultancy Chiumento found that if your CV hasn’t grabbed the reader’s interest within one minute, they will bin it. So why not try something different?

In that context, stressing how much of an amateur you are sounds like a conservative approach. Give it a go. Add those buzzwords to your CV if you want to, but slip in a little amateur magic, too.

Written by Neil Baker for CareersinAudit.com