Internal Audit and Diversity: Why Is It Important and How Can It Be Achieved? 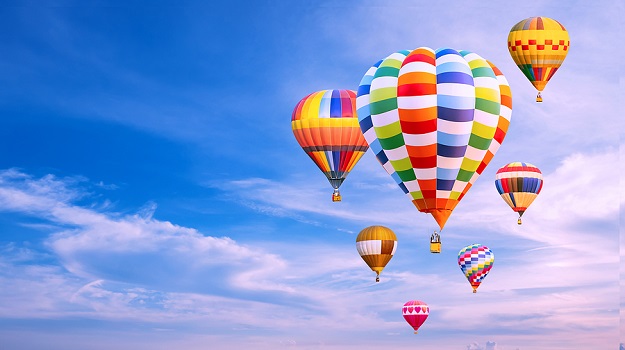 It's common knowledge that historically, internal audit roles have been predominately held by men and those with similar backgrounds. In a study titled “Women in Internal Audit: Perspectives Around the World” carried out by the Chartered Institute of Internal Auditors (IIA), it was found that women make up a smaller percentage of the workforce in all global regions apart from North America. In fact, the study found that just 42% of Chartered IIA members are female, and it is believed that only 30% of FTSE 350 Chief Audit Executives are women.

However, when it comes to creating a truly inclusive environment, a gender imbalance within the sector is not the only area where the industry is struggling. To create true diversity in business, an approach is required that includes addressing cognitive diversity differences in culture, political beliefs, lifestyle and thinking.

Below are some results and insights from primary research on diversity carried out amongst internal auditors in January 2021. Two groups were surveyed, IA Teams (Auditors up to Senior Manager level), and IA Leaders (Directors, Heads of Audit, and above).

In summary, the research found the following:

When the respondents were asked if they thought that diversity was a barrier to progression, 43% of IA Teams said “yes” vs. 15% of IA Leaders – does this suggest that IA Leaders don’t fully understand the challenges that some auditors may face today when looking to progress? What can IA Leaders do more of to help the progression of every person in their team? 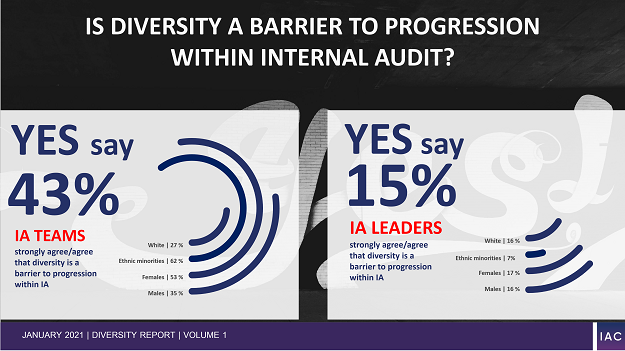 When diversity within the groups was investigated, the younger group, IA Teams, had a wider diversity of different ethnicities. Why would this be? Perhaps, it could be due to the lack of diversity at Board, CFO and CEO levels. This finding may also not be limited to the internal audit department, but more likely is a wider corporation issue. 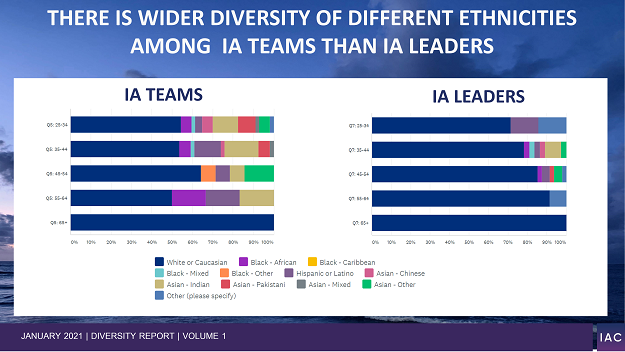 Additionally, 92% of the IA Teams group had a university education (just 3% did not), with 71% having Big Four experience. When the IA Leader group was asked if they would be willing to relax education requirements in order to help reduce bias, just 15% said they would. Which raises the question, how diverse can a team be if they nearly all have the same background?

The research showed a male dominance within both the IA Leaders group and IA Teams group, however within the IA Teams group at the 24-34 age level, females slightly outnumbered males (53% vs. 47%). The overall decline in female auditors as age increases could be down to travel requirements, lack of part-time opportunities, and possibly becoming a parent. Are female auditors asking their Leaders for more flexibility and less travel and in turn, are Leaders doing all they can to meet these requirements?  Overall, the IA Leaders group was 67% male. 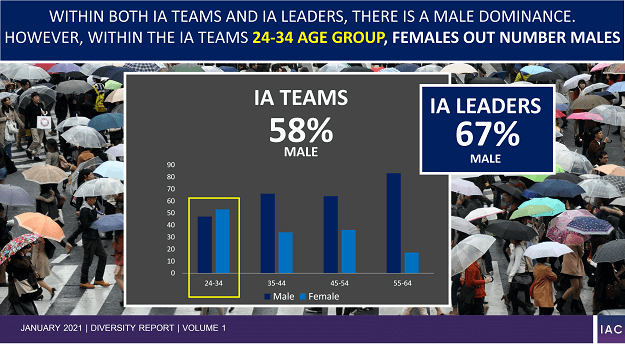 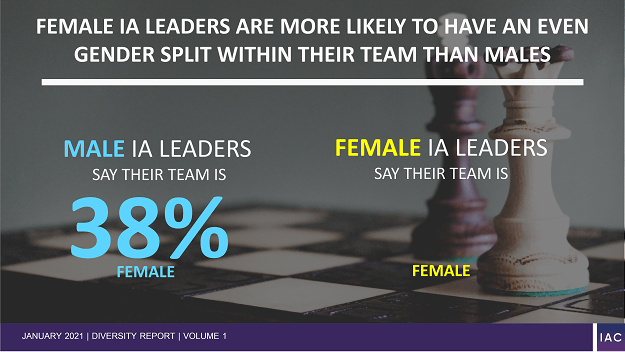 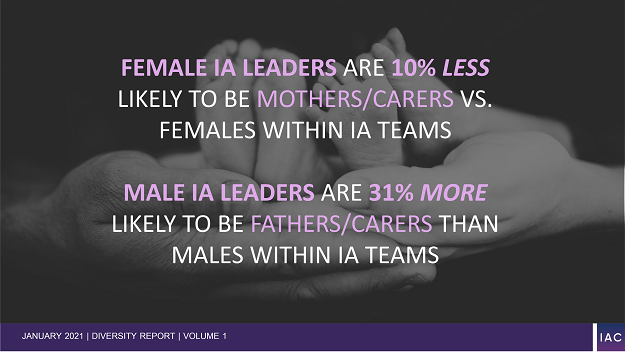 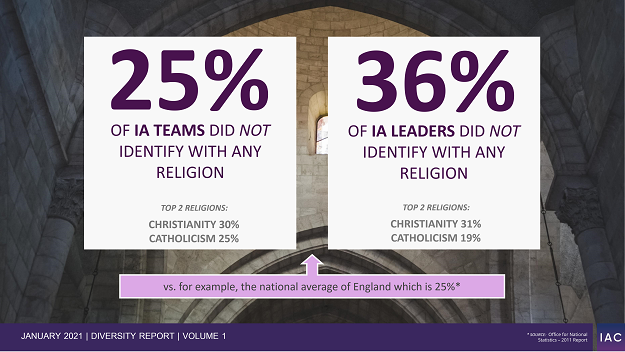 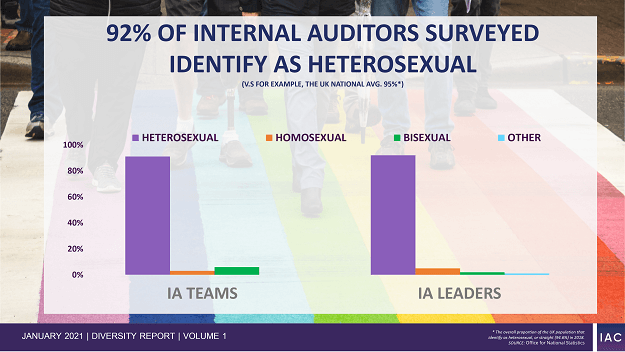 Both groups were asked if they had witnessed or had first-hand experience of diversity as a barrier to progression within internal audit, 29% of the IA Teams group reported that they had, with just 13% of the IA Leaders saying “yes”.  In both groups, it was females and ethnic minorities who were more likely to feel this way. 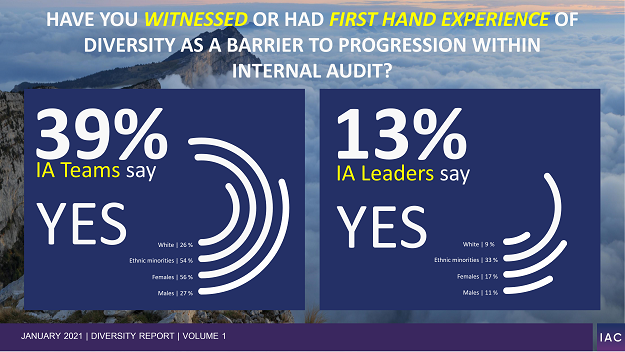 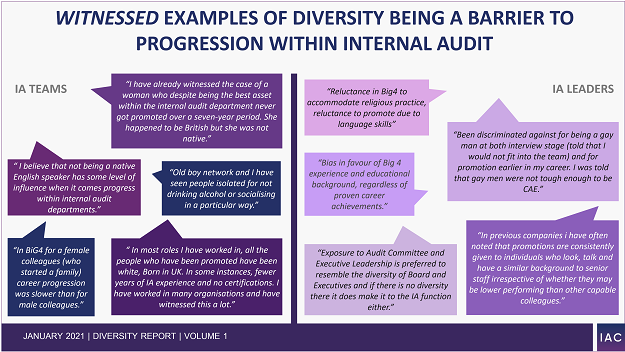 IA Leaders were asked how they personally reduced bias in their recruitment process. Standardized interviews were the most favoured approach, followed by ensuring interviewer diversity and interview bias training and assessments. 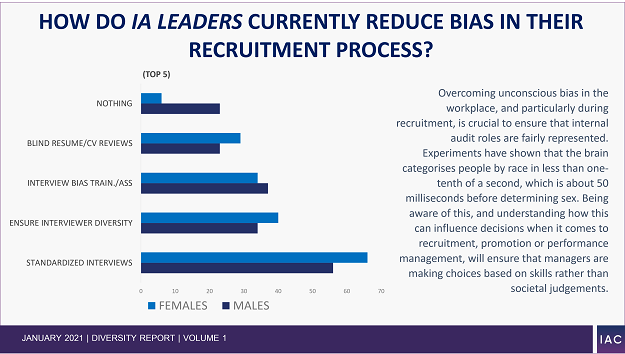 And lastly, those within the IA Teams group were asked how they think and feel about diversity in their workplace. Overall, 86% feel included and respected in their team, but when this is broken into sub-groups, this percentage is lower amongst females and ethnic minorities – a consistent finding across all the statements. 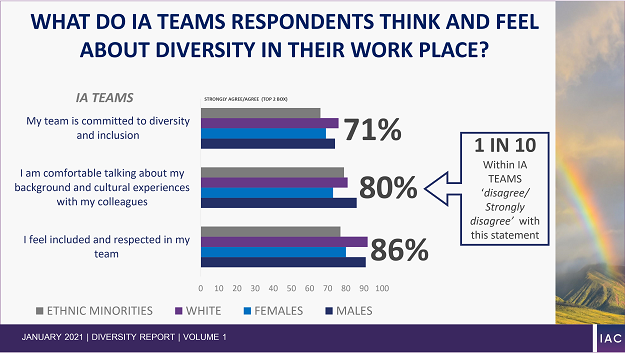 Where does Internal Audit go from here? Well, it can continue to increase diversity by:

And just why is creating a diverse internal audit sector important? A growing number of organisations around the world are making the development of a diverse and inclusive workforce a priority for their business. Alongside the team related benefits mentioned above, the results of numerous studies on the impact that diversity has on profits make this move an unsurprising one.

Numerous reports published of the last few years have outlined a correlation between the make up of the company workforce and the company’s bottom line. For example,  McKinsey’s “Why diversity matters report,” reveals that companies in the top quartile for ethnic diversity at the executive level are 33% more likely to have above-average profitability than those in the bottom quartile. The same goes for gender diversity, with firms in the top quartile for gender diversity being 21% more likely to have above-average profitability than companies in the bottom quartile.

A final thought… the world is made up of a varied mix of different cultures, religions, backgrounds, and ways of thinking. For internal auditors to deliver a truly excellent service, it is important that they reflect the diversity of their clientele. By expanding the number of professionals within internal audit to represent all walks of life, the sector will not only evolve, but also deliver better results.

Based on research published in January 2021 by IAC, a global recruitment specialist dedicated to audit, risk and compliance.