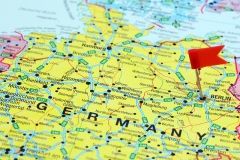 Both Germany and Switzerland are well reputed for offering an exceptional standard of living, and for professionals looking for internal audit opportunities in either region there is a rich market across both commerce and industry and financial services.

The first point to note is that while gender imbalance in the workforce is essentially a global issue, the German government in particular are addressing the need to hire more women into senior management roles and achieve wage parity between male and female employees.

Wages across the board for auditors working in Germany, the world’s third largest economy and Europe’s largest, remain fairly high though income rates are also relatively high compared to other locations. The country’s capital, and largest city Berlin, hosts the majority of internal audit jobs in Germany while the other major commercial centres, Munich, Stuttgart, Dusseldorf and Frankfurt – the country’s banking and financial centre, with established financial services groups including Allianz and Deutsche Bank having a strong presence there – also have considerable recruitment offerings for auditors.

As far as the financial services sector, those in the internal audit roles are widely in demand domestically with 37 companies of the Fortune Global 500 corporations basing their headquarters in Germany. Boasting too a strong industry and commerce sector as one of the world’s biggest car producers, Germany is home to a number of automotive brands, including Mercedes, BMW and VW. While internal auditors well versed in the commercial sector will find a buoyant market for opportunities with Daimler Chrysler, Siemens, E.ON and Deutsche Telekom all having strongholds on German soil.

Employers expect internal audit candidates to have international experience and knowledge of matrix structures and when it comes to linguistic requirements, bilingual fluencies in English and another language will certainly give individuals an advantage when securing an internal audit job in Germany.

Audit teams in both Germany and Switzerland are taking note of global regulatory requirements, not least those of Basel III, as reflected in their hiring choices. Internal audit professionals with strong bilingual abilities, excellent communication skills and experience in both local accounting standards and in some cases international accounting practices will find themselves highly sought-after. Salaries in Germany range from €75,000-120,000 dependent on experience, while professionals working in internal audit jobs in Switzerland can earn between €80,000 and upwards of €150,000. A certain percentage of travel is expected in most roles, with both locations offering great accessibility to both Europe and rest of world.