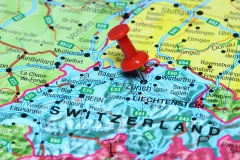 Both Germany and Switzerland are well reputed for offering an exceptional standard of living, and for professionals looking for internal audit opportunities in either region there is a rich market across both commerce and industry and financial services.

Widely reputed as offering the highest quality of living in the world, Switzerland is at the top of most internationally flexible auditors’ wish lists for relocation, attracting professionals with comparatively high salaries and low tax rates. Regarded as a prominent banking stronghold in Europe, a large majority of internal audit jobs in Switzerland come by way of investment and corporate banking as well as private banking.

Language skills are highly regarded across Switzerland, which is comprised of three main dialects from Geneva, the French-speaking Switzerland to the German-speaking city of Zurich and the relatively small Italian-speaking region of Lugano, which attracts those looking to work in the financial services and banking space. The majority of audit positions are available in these three main areas, though the surrounding regions including Lausanne and Neuchatel near Geneva, and Winterthur, Zug and Lucerne near Zurich are also worth looking at. Basel also holds internal audit opportunities primarily in the pharmaceutical sector, while Lichenstein serves the Swiss border with audit offerings at a number of international groups.

Audit teams in both Germany and Switzerland are taking note of global regulatory requirements, not least those of Basel III, as reflected in their hiring choices. Internal audit professionals with strong bilingual abilities, excellent communication skills and experience in both local accounting standards and in some cases international accounting practices will find themselves highly sought-after. Salaries in Germany range from €75,000-120,000 dependent on experience, while professionals working in internal audit jobs in Switzerland can earn between €80,000 and upwards of €150,000. A certain percentage of travel is expected in most roles, with both locations offering great accessibility to both Europe and rest of world.