Internal Audit Jobs in the North West of England 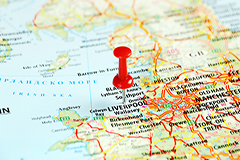 Internal audit professionals at either end of the spectrum, from newly qualified to those individuals at executive level, are much in demand across the North West regions of England as companies equally look to fill the gaps left vacant in 2013 and work to redefine strategy and processes as they prepare for a busier market environment.

The migration of businesses to the North in a bid to cut costs has created a large number of internal audit jobs in the North West of England. This shift away from the capital should come as no surprise with both property and living costs being considerably lower than in London and the South. Retaining a presence in the capital, companies have moved the majority of their personnel, including the internal audit function, into regional hubs and the benefits of such relocation are plentiful as they are diverse. For financial services firms, the North requires a prominent internal audit function to service the smaller and retail banks, credit card services, life and non-life insurance companies and building societies, thus making the market for internal audit opportunities in the North of England extremely buoyant.

Overarching regulatory pressures, which have taken hold of the global business arena following the many failures highlighted during the recession, mean that many organisations are looking for individuals with a blend of experience across both internal audit and compliance as they focus on strengthening both the second and third lines of defence in the face of tougher fines for transgressions.

Within industry and commerce, companies are placing equal gravitas on finding commercially-minded professionals with the ability to approach business processes innovatively as well as taking into account trend forecasts for the market at large. The importance for internal audit industry knowledge and expertise together with pure audit, internal controls and governance experience is the ideal marriage of skills and experience companies are looking for. With such specific criteria there is a consistent shortage of suitable individuals which certainly gives audit jobseekers the upper hand in salary negotiations. However, with the effects of the recession still relatively raw, salary increases on the whole remain marginal.

What is interesting to note is that the average salary outside London is on average only 6-10% less than what those in London are earning. When combined with the lower living costs and house prices typical in the North, and North West of England, young professionals are making a strong economic and lifestyle choice when choosing to base themselves away from London and the South East. Opting to take internal audit jobs in areas such as Liverpool and Manchester secures candidates a far better quality of life and a more disposable income making it a reality to get a much-coveted foot on the property ladder, without falling behind their London counterparts in the income stakes.