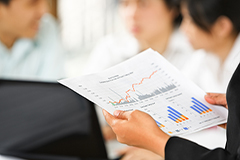 In the last interview from our article series ‘Internal Auditing in China’, we highlighted the many obstacles which impact the practice of internal auditing and the need for ‘localising’ i.e. adapting the internal audit practice so as to make it really effective in China.

Which exact role does coaching play in this ‘localization’ process? Interview with Jean Yves Le Corre, internal audit cross-cultural expert and coach based in Shanghai, for CareersinAudit.com


CareersinAudit.com: What is the value of internal audit coaching in the Chinese context?

Jean-Yves Le Corre (InterauditAsia): We have seen many cases where internal auditors in China apply internal audit standard and so-called ‘world-class’ practices like cookbook – and Chinese people have such a reputation for being ‘copy-cats’. Of course, this will lead to some problems as anything works anywhere alike like in China. This may result in a lot of frustration: the ‘substance over form syndrome’, internal audit reports not having the consideration they should deserve, or even constraining the role of the internal auditor to a pure compliance approach as for example… all these are some illustrations can result from not allowing time to the auditor to ‘rethink’, and adapt the international practice to the local context. Coaching is essential for this, allowing to achieve the ‘psychological quantum leap’ which makes it possible for you to be confident about what they do: ‘Yes, you are just doing the right thing, sure… and your boss did not tell you!’


CareersinAudit.com: Could you provide some examples of the benefits of internal audit coaching?

Jean-Yves Le Corre (InterauditAsia): The essence of coaching is to help the coachee to find solutions by himself to solve difficulties met at the workplace: a particularly suitable approach in the case of internal audit, where practices need to suit each company specific (or even situation-specific) cultural context. For example: should the internal auditor act rather as a consultant or a policeman? Have an open discussion on risks (even if not included in the working program)? Should the auditor favor courtesy over truth? The Standards for the Professional Practice of Internal Auditing will probably not provide a direct answer to this question. But there are good things as well which can greatly help in the context of the Chinese culture, which are important in those standards like for example seeking for better acceptance of the audit reference model by the audittee in the preliminary survey phase. Sometimes, the style of working relationships could also make it difficult for the single auditor to combine assurance and consulting services in one single role. Does that mean we should drop this objective? Certainly not, but the internal auditor will need to find tactics by himself to make this practically work – and this is all company or context-specific


CareersinAudit.com: Are internal audit skills such different in the Chinese context?

Jean-Yves Le Corre (InterauditAsia): In China your colleagues will cooperate with you only if they feel you are like a friend – if you are part of the family indeed. Then the position of the internal auditor (and its so-called ‘independence’) may result in the internal auditor ‘isolation’ – not a very comfortable situation indeed for many Chinese executives- and this can put a lot of pressure on the auditor. How to keep the motivation then? We already know soft skills have a growing importance in today’s complex environment to perform the job well, but this is even more the case in China where everything is about building good relationships, persuasion skills and where dealing with ambiguity and subjectivity is every day’s challenge. For example, during our coaching and training sessions we explore the different ways to address the soft controls, even if the perception of risks may differ –because this may bear some ambiguity. However we consider it is crucially important that the internal auditor can address them.


CareersinAudit.com: What kind of attitudes might management of firms in China develop towards coaching: threat or opportunity?

Jean-Yves Le Corre (InterauditAsia): In the Chinese culture, harmony at the workplace is far more valuable to the eyes of management than individual performance, but here again this may depend on the particular company culture, either a foreign company in China or state-owned, listed or even family-run firm. Personally I am more on team coaching in China rather than executive coaching, unless it is ‘top executive coaching’ (but how this can work practically has leadership styles might be so radically different?). Sometimes, people may consider that the role of the internal auditor is to ‘confront’ the audittee or management on controls necessary improvements. It is shocking me at all times. Nowhere more than in China can internal audit take advantage of being less confrontational. Various tactics and possibilities do exist to help the internal auditor 'market' the audit: ‘mutualising’ his perception of the residual risks, operational auditing approach, knowledge management approach… and of course communication skills – which might include behavioral, language, non-verbal skills.. Each situation where disagreements occur needs to be carefully handled and each responsibility ‘negotiated’, so you may need to demonstrate patience as well as perseverance for this.


CareersinAudit.com: Are there different types of internal audit coaching?

Jean-Yves Le Corre (InterauditAsia): Each coaching is a different experience indeed, whereas it is team coaching, or executive coaching, each context is different and each coachee may have his own' 'internal auditor personal cultural profile'. It is wise making the necessary efforts in order to clarify each individual’s cultural profile from the beginning of the coaching programme. Coaching westerners or Chinese also may be quite different as well in terms of the approach and techniques used. But overall developing a common 'coaching' culture to establish the conditions for coaching efforts can make all the difference if one wants to really deliver the impact. Team coaching (bringing together internal auditors, locals and expatriates) potentially including some non-auditors may be well to be considered as well. After all, coaching is all about making organizations a better place, where individual motivations and group ideals come together and everything becomes easier !

1. auditors gain more confidence in performing the job successfully: they become well ‘equipped’ to adapt the international practice to their own cultural context
2. auditors are willing to take more risks and take initiatives: know how to handle with hierarchy, talk to their boss and maintain trust
3. auditors learn how to communicate internal audit objectives in a proactive, friendly manner then creating the conditions for them to successfully cooperate in the organization
4. auditors engage into developing their learning curve on soft skills especially interpersonal skills
5. auditors less likely to overcome their power: the internal auditor role aligned with ‘power-distance’ principles and respect
6. auditors have more persuasive skills to make recommendations come to action
7. auditors gaining more confidence become more accountable and responsive
8. auditors value coaching as a way for real career progress resulting in increased fidelity or honesty towards the firm