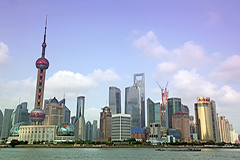 CareersinAudit.com: How far do corporate culture and values explain the differences between the international practice of internal auditing and the local practice in Mainland China?

Jean-Yves Le Corre (InterauditAsia): There is quite a large gap indeed which anybody may easily be able to find. It is actually, definitely the case and this has been evidenced by some recent research works in the academic field. The form of employee obedience, and power distance prevailing in autocratic management styles are examples of the common features which greatly impact the internal audit role – at least if we consider a modern perspective of internal audit, where the auditor communicates interactively with members of the organization and makes judgements on risks. However, one should admit that internal control practitioners in China might have their own ‘Chinese way’ to perform internal controls and audits. It is interesting to observe how those practices do change over time in the fast growing and globalization process of the Chinese economy. As Chinese firms face competition, there is a growing need for them to closely consider implementing international management practices – and find the right way on how to integrate them.

Jean Yves Le Corre (InterauditAsia): We have been coaching internal audit teams for several years in Mainland China already, both from international firms or local firms. Internal auditors often lack confidence, because of the many obstacles which create a gap between local practices and ‘generally accepted’ international standards. Some better understanding of the causes and so-called factors of ‘resistance’ – as well as recognizing the positive benefits of some other aspects of the culture – can definitely provide a great support to the internal auditor. Cultural differences will turn into opportunities rather than threats, as the auditor will learn on how to mitigate their impacts – and adapt in all circumstances by using cross-cultural tactics which will help navigate in a complex multicultural environment. If we like to provide an example of those tactics, I think the ‘No problem’ syndrome does clearly illustrate how we can ‘overcome’ the cultural challenge. In the Chinese culture, discussing problems in an open manner is not natural thing and might even create embarrassment within the organization. I discovered that if one works more closely with the employees and creates proximity with them – like obviously not reporting issues to the boss without any previous discussion – this will greatly help to solve problems indeed. We should not forget that in China, teamwork is based on trust and relationships. Therefore, feelings and interpersonal skills will become more important in solving organizational issues rather than just looking at the procedures: ‘what should be done’ or ‘what the rules say’ is not enough. Everything needs to come to the table for negotiation!

CareersinAudit.com: How can internal audit practically work in order to become really effective in China?

Jean Yves Le Corre (InterauditAsia): Clarifying the role of the internal auditor is a prerequisite. Which purpose for the internal auditor in a society driven by trust and relationships? Managers often react to internal control in Chinese by asking - not openly ‘What? You don’t trust me?’ and then this might open the doors to deteriorating relationships. Basically, one may think: if an internal audit needs to be performed, this means somebody did something wrong… which was undisclosed! A form of fear of punishment indeed… Then the usual ‘face’ issue of ‘Mianzi’ comes up. The Chinese employee would prefer most certainly not to disclose the problem - or simply leave the company – rather that tackling positively with it In the Chinese culture, consensus and communication are key. There is no way you can get acceptance of your ideas if there is any feeling that the decision has not any form of acceptance from the group – at least there should be a form of consensus; whether it still remains in appearance or whether it has been ‘anticipatively’ established through participation does not really matter indeed. Internal auditing is part of this on-going form of direct communication which needs to be non-confrontational (a significant difference with the Anglo-Saxon approach indeed). Harmony within the group i.e. the maintenance of good relations is thought to be the condition for success whereas confrontation is perceived as very negative and potentially leading to failure. Let’s guess that in such conditions the internal auditor should better play the role of one ‘catalyst’: in the Chinese culture we can not trust the expert (even highly qualified), but we had better trust the one who manages to preserve the harmony and can guarantee stability to the group!

CareersinAudit.com: What are the pitfalls?

Jean Yves Le Corre (InterauditAsia): One of the major pitfalls is to fall into the ‘over-compliance approach’ resulting from excessive compliance gaining attitudes. Excessive power distance and autocratic management styles which characterize most organisations in Mainland China definitely can hinder the process of reporting audit findings properly. Performing controls mainly refers to hard controls. In such context, internal auditing may lead us nowhere. It is incredibly important that the auditor makes the effort to beyond compliance when the situation is appropriate; this will require the necessary cultural leap which will allow him to make internal audit reports actionable and implemented. Developing such effort might require that the internal auditor himself develops a form of ‘acculturation’.

CareersinAudit.com: Is it really possible to be independent as an internal auditor in China?

CareersinAudit.com: What can we learn from a localised practice of internal auditing in China?

Jean Yves Le Corre (InterauditAsia): The imperative need for consensus, the values of discipline and stability are certainly valuable assets in a today’s complex and more risky environment – even if this leads to drop the ideal principles of equality, honour and even democracy. After all, Confucianism aims to preserve security – a common purpose with risk management! Indeed the role of the internal auditor in China might not be such different from any other in the Western world, but we may ask ourselves: how and why could the practices be different to fulfil the role in the most effective way? Who said that management should not adapt to different cultures? – We trust that, by localizing the internal audit practice, internal auditors will contribute massively to effective best practices of modern internal auditing in Mainland China!

This article and interview was prepared by Jean Yves Le Corre, Founder & Director, InterauditAsia, Internal Audit Coach and Consultant based in Shanghai.