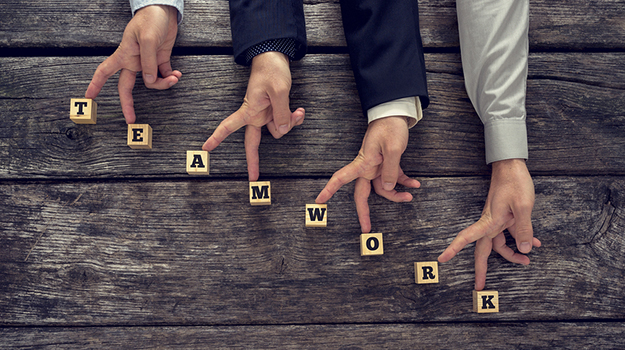 The best teams are synergistic; that is their whole is greater than the sum of their parts. Building, developing and sustaining effective teams means acknowledging much more than a group of individuals but recognising the team as a separate entity. Read our article, Building Effective Audit Teams in conjunction with the Audit Advantage series for advice, resources and information on managing people but don't forget that it is not all about what we do to them (the people we manage) but as much about ourselves as team players...

Let's look at how we as individuals can become better team members, as participants, leaders or servers of teams. But first, what actually is a team?

From group to team to teamwork

All teams are groups, but all groups are not necessarily teams. Groups might share common characteristics or be related to one another in some way (your peer group, for instance) but a team shares a goal, regardless of any ancillary mutual traits. And don't confuse 'team' with 'teamwork'; the latter is a positive descriptor of the benefits or output of being a team.  There are good, bad and indifferent teams, but teamwork is a noun that describes that crucial synergy where the whole is indeed greater than the sum of the parts.

Forget the 'i'; there are six Cs in teamwork!

To be an effective team-worker or to foster the teamwork of a team, you need to savvy about the key components that work together to optimize collective output.

'None of us is as smart as all of us', Kenneth H. Blanchard

I said it before and I'll say it again; the best teams are synergistic, you get more, and better output from a team working together effectively than you ever could from a collection of individuals, working alone.  It all comes down to teamwork, when members act together to harness the collective benefit of the team. Leader, player, server of teams, we all have a part to play; take some time to work through our six point checklist and ask yourself how well you are playing your part?

Which topic would you like to read about next month?  Look over the list of topics in the original Audit Advantage article here and let us know your choice for the next topic we should cover.