Issues for UK Audit Jobseekers in 2014 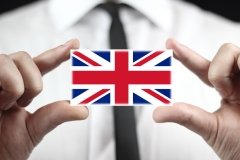 Are you currently looking for an auditing job in the United Kingdom? The year 2014 poses a number of challenges for both the audit jobseeker and the companies who are recruiting. By making yourself aware of the challenges that companies are facing you can prepare for tricky interview questions and refine your job search tactics. The goal is to make you more prepared and more competitive, thereby increasing your chances of being hired as soon as possible.

The Demand for Better Knowledge in IT

The United Kingdom is one of the nations that are hit the hardest with security breaches or online attacks. This phenomenon is now costing the country more than a billion pounds annually. Even small businesses, which need to protect their investments more efficiently than their large counterparts because of limited resources, are not spared. In fact, they are now facing cyber-security issues that are normally associated with large enterprises. To put it simply, the demand for more business-centric, reliable IT security and auditing is on the rise.

Auditing is no longer confined to financial statements and accounting books. It now covers areas such as information security and IT risk management as well. This is understandable as more companies are now opting for automation and online processes. It is then the job of the internal auditor to evaluate every cyber procedure and provide recommendations on how to improve online risk security.

The main issue, however, is that some present auditors lack the comprehensive technical knowledge and skill to do the job correctly. It also doesn’t help that the UK is gradually embracing BYOD (bring your own device), which further complicates IT security as it needs to factor in mobility and access of data in various locations at different times.

The Problem with Outsourcing

A business model known as outsourcing has been adopted by many countries all over the world including the United Kingdom, and it’s not showing any sign of slowing down. A survey conducted by KPMG International and HfS Research has found that many companies are now opting to improve their outsourcing portfolios, though in a more cautious and realistic manner. Regardless, in the United Kingdom, most businesses prefer to use nearshoring, which means the outsourced job is performed by a professional who lives in the same time zone as the United Kingdom. This is followed by offshoring, where a company contracts some of its business processes overseas to another country, and lastly onshoring, where the business processes are contracted to another area of the country the company is located in. In the UK there are currently more than a million freelancers.

Outsourcing can be a challenge for audit jobseekers for a number of reasons. For one, they are competing against thousands of other auditors who may not be living in the United Kingdom but are practiced in the auditing conventions of the country. Some businesses are looking for lower operation costs more than quality or accuracy of work, which can be compromised when supervision of the outsourced work is not straightforward. On the other hand, should present auditors prefer to switch to freelancing, they may need to contend with lower-than-average salaries with very minimal to even non-existent fringe benefits.

Beyond the Regular Auditing Scope and Education Requirements

Many organisations regulate the accounting and auditing professions in the United Kingdom, though in general anyone who desires to be an auditor needs to spend at least 5 years in an undergraduate program. After that, he or she may decide to complete a master’s degree in order to get a qualification upper hand against other job candidates. Many are encouraged to pursue the chartered internal auditor (CIA) certification for Ireland and the United Kingdom, which then helps the professional obtain a more specialised service. Having the right qualifications can boost salaries to £25,000 - £35,000 for junior internal auditors and £50,000 - £60,000 for senior internal auditors. The present salary average for a regular UK internal auditor is around £45,000.

However, the cost of education continues to present a real threat to auditors who wish to gain a more comprehensive educational qualification. Home fees can start around £3,500, but this can jump to more than £10,000 or even £50,000, especially if the course is very much in demand, including MBA or accounting and financial-related modules.

To make matters more complicated, some auditors are tasked to go beyond their regular job descriptions, which include ensuring compliance, appraising internal control systems, preparing control and audit reports, and communicating audit findings. In what is dubbed as the “new role of the auditors,” this year jobseekers are expected to possess other attributes including the ability to establish great working relationships amongst the staff and, most of all, to communicate effectively. This is because auditors are now expected to be very much involved in the risk management process. Jobseekers this year need to know how to create recommendations that can help management make better business decisions – a task that is unfortunately not handed down by most of the senior auditors to the junior ones.

Like the United States, the UK is slowly re-gaining its economic momentum, although this doesn’t prevent companies - accounting firms included - from being cautious, especially when it comes to recruitment. In the 2013 Barclay Simpson Market Report on Corporate Governance Recruitment, “low growth” is cited as being the norm for this year. Though many businesses know that internal audit is a core function, they are wary of the costs incurred by bringing on new staff. Thus, some are trying to avoid conventional recruitment processes by opting to promote auditors already within the organisation or hire internally from other departments. Staff turnover was also quite low for many companies in 2013, which means there may be fewer vacancies available for audit jobseekers this year and that many internal auditors already in employment may prefer to stay where they are to retain their position within the organisation.

Overall, the audit job market for 2014 is looking promising, with many companies ready to invest in their audit departments with new hires and expanding teams. However the requirements are no longer just about being able to work the numbers. UK auditors are now expected to have a broad understanding of how their role fits in with the organisation as a whole, as well as being able to communicate their audit findings and recommendations clearly to those they work with.