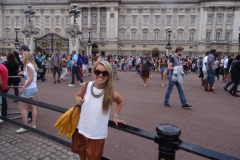 We’ve all heard the saying; “Queensland: sunny one day, perfect the next” and Queensland’s capital city, Brisbane, is no exception. The subtropical stalwart of outdoors living is no stranger to backyard pools, river cruising, and council-provided public barbeques. But the sunny climate is not the only reason Brisbane was rated the #2 Most Liveable Australian city and 25th in the world in Monocle Magazine’s index of the world’s most liveable cities.

The rating is based on a number of factors, including safety, healthcare, public transport, infrastructure, access to nature, and business opportunities.

For those of you considering an audit career in the Sunshine State’s capital, you may delight to know that the average unemployment rate across Brisbane’s areas as of December 2014 is a favourable 6.5% (Australian Government Department of Employment). Brissy’s relaxed culture, its lifestyle built around the sprawling river, the largest public infrastructure spending program in Australia’s history, and high investment in business and innovation all serve to nurture audit career aspirations.

He notes “We had a 20 per cent increase in the number of business conferences and $82 million in economic benefits generated by major events in the past year.” He is no doubt referring to 2014’s G20 summit, where Brisbane hosted the likes of President Obama. The Commonwealth Games, to be held in nearby Gold Coast in 2016, will hardly encumber Brisbane innovative growth.

And while these statistics act in Brisbane’s favour, you only have to receive a friendly nod from a passing stranger or walk along South Brisbane’s river banks to realise just why this city ranks so admirably.

Twenty-five year old Monique Neumann, a Technical Accountant with publishing house, Penguin Random House UK, is a Brisbane local who has taken the skills and experience she gained in her hometown to the London big smoke. Ms Neumann got her qualifications from a Brisbane University and worked in the auditing department in FTSE100 accounting firm, BDO.

“Following my second year at university, I completed three vacation programs with various mid-tier accounting firms, including BDO, where I was placed in the audit department for two weeks. I enjoyed my time there and valued the team environment so when I was offered a 2010 graduate position it was an easy choice.”

“Interestingly, the main difference between Brisbane and London I’ve found is how people approach others when they need something done. For the most part, Australians are more straight-forward in their correspondence. When I first came to London on secondment I was given an etiquette style talk on how to decode English emails!”

So not only is Brisbane a highly-rated place to live and work, but a valuable launch pad for an international finance career.