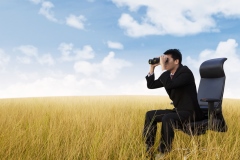 Where can the best long-term auditing career prospects be found?

Many young auditors look to Sydney, the Australian global financial centre where large salaries can often be found. But thanks to recent economic conditions there could be some much better destinations to start out on a long career in auditing. A white paper published by European think-tank Bruegel could be more informative.

Titled ‘The Global Accounting Experiment’, the paper provides a good depth of knowledge about the industry, and how in recent years a set of financial reporting rules have been adopted across most of the world. This came about as a result of the EU adoption of International Financial Reporting Standards, as they realised that only by providing a common base for investment information across European companies could Europe become a credible, influential and powerful economic area. Beforehand, big European companies were looking for listings on major US stock exchanges, as they needed access to global investors in order to fulfil global ambitions.

It was then that European companies realised that the US financial reporting rules were much more demanding than the EU equivalent. The EU could have have simply decided that European companies needed to file their accounts under US rules, but instead created a new set of international rules which they could use, handing responsibility to the International Accounting Standards Board.

What this tells us about accounting and auditing is that a successful career will usually come from an economy which is quick to react to global financial trends and situations. So while quality of life, price of property or salary might be what you’re looking for in audit jobs, perhaps you should consider the importance of working in an economy which makes moves to allow prosperity to grow over the long term, letting its companies compete on a global playing field.

‘The Global Accounting Experiment’, by Nicholas Veron is published in the Bruegel Blueprint Series. Details at www.bruegel.org