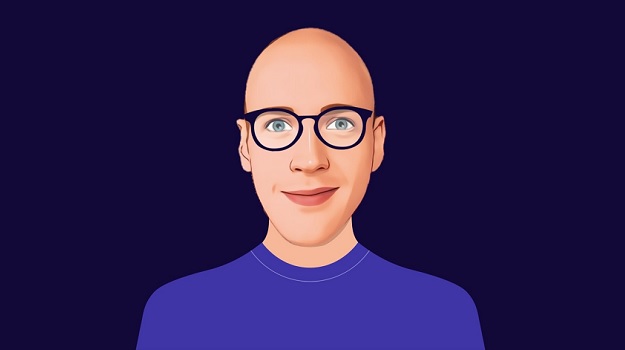 Spend just a short time talking to Ben Kaye about internal audit and if you’re not already interested in the profession, you might just find yourself thinking it sounds like something to consider. He’s been working in internal audit for 20 years, he loves what he does, and his passion for the internal audit profession is almost palpable. We asked him about his role, how he got to where he is now, and what advice he has to share for those considering a career in internal audit or looking to climb the audit career ladder.

Ben is currently Regional Head of Internal Audit (Director) & Professional Practices Leader at Kellogg's, the multinational food manufacturing company which depending on where you are in the world, you may know as the company behind plant-based food products like Cornflakes, Rice Krispies, Coco Pops, and Special K. The Kellogg’s family also includes other well-known brands such as Pringles, Pop-Tarts, Cheez-Its, and RXBar.

Heading up the European region, the second largest of the four regions the company works within, Ben is in charge of internal audit strategy and operations for the region, as well as holding global responsibility for Internal Audit professional practices. He also sits on the European Finance Leadership Team.

When asked about what a typical week at work would involve for him, Ben says that a large part of his time is spent managing audit engagements that are at different stages of the project life cycle. “So that would be four different stages - planning, fieldwork, reporting, and then issue tracking or remediation - checking to make sure that the issues that we've raised, that management have agreed to fix, are actually getting fixed the way they said they would when they said they would, and that the fix mitigates the risk.”

An important aspect of his role is stakeholder engagement and management, with several meetings throughout the week to check in with stakeholders to understand developments in their sphere of responsibility as well as to let them know what’s happening in internal audit. Emphasising the importance of these meetings, Ben says “At Kellogg’s, we take a no surprises approach to assurance provision. That means that we don't want any surprises that could negatively impact the business or where the level of risk is building up beyond appetite levels.  And similarly, we don't want to surprise our stakeholders with an engagement that they weren't aware of, or findings in an audit that haven’t been discussed during the audit process . You know, we want to be as transparent, open, and honest as possible. It may be a cliché but we really do want to be considered to be trusted business advisors and partners.”

Other common tasks and responsibilities encountered in his role include investigations and advisory work, as well as people management. “A lot of my time is about managing my team or ensuring that the people in our group are all doing well” he says.

Participation in and leading different projects is also a key part of the role. When we spoke, Ben was in the planning stage for the 2021 Kellogg's Legal and Compliance Annual Meeting (including Internal Audit) which he had been invited to co-chair, something he considered a huge honour. As part of the professional practices side of the role, he was also just wrapping up the implementation of a new audit management system called AuditBoard, a replacement for Kellogg’s legacy audit management software. This was a six-month ‘cradle-to-grave’ project he managed involving a lot of time working with the provider on the US West Coast.

Ongoing education is also important, both as a general way of keeping up to date with what’s going on in the internal audit profession, and to maintain the CPE (Continuous Professional Education) requirements for his internal audit qualifications.

On top of all of this, Ben is also a mentor and is currently finishing his master’s degree in Internal Audit Management and Consultancy at Birmingham City University.

So, did Ben always want to work in internal audit? “No” he says, “I wanted to be a doctor actually, but my grades weren't good enough to get into medical school, so I studied Business Studies at London Guildhall University”.

Upon completion, he joined Ernst & Young and started studying for his accountancy qualification. After later moving to KPMG as an External Auditor, he then failed an exam and had to leave. A real-life situation that other early-career auditors may have to face themselves.

This sparked a move to a role as an Internal Auditor at First National Bank (owned by Abbey National, now Santander), where he found his love for the variety offered by internal auditing. “Internal audit seemed really logical, because you get to never have the same day twice, but you also are able to spend all those days with the same company. So, develop a bond, passion, and knowledge for that one organisation, which you don't do when you're working in practice” he explains. “I was working for a gentleman called Simon Darcy and he was the President of the Institute of Internal Auditors. And therein sparked my passion for my profession.”

When asked what he finds most rewarding about working in internal audit, Ben is quick to answer that being able to add value to the business and see the tangible results is what he loves most about his job, sometimes seeing the positive impact of recommendations months or years down the line. He also proposes that internal auditors are effectively the guardians of the business, protecting it from risks and unplanned situations or scenarios. “We think that what we do is provide assurance” he says “But actually, what modern internal auditors do is strike a balance between value protection, which is the traditional internal audit activity and value enhancement. And some might say even getting to value creation, which should never be the primary objective of an internal audit function.”

You’ll also need to hone your skills at building and maintaining relationships. “That's really important and not just at the time of performing audits” he says. Long gone are the days when the internal auditors were seen as the ‘internal police’, something that Ben is quick to dismiss. “This goes back to what I was saying before that stakeholder management and engagement should be continuous” he says. “Maintain those relationships and partnerships and really understand the roles and organisations of your stakeholders. You've really got to understand those individuals and what they do to be able to effectively form an opinion during an audit.”

Ben’s advice for handling tricky stakeholders? “Kill them with kindness” he says. Not everyone is going to agree with your findings and recommendations first off, so you will need to cultivate strong negotiation and interpersonal skills to get your points across.

For those already working in internal audit or just starting a rotation in the field, Ben advises on deciding what you want from your time in the profession to guide your career choices.

If you want to climb the ladder to become a Chief Internal Auditor, a thirst for knowledge and understanding and a breadth of experience is key. The Chief Internal Auditor needs to be able to assess and form an opinion on a wide range of issues and situations, so experience across areas such as operations, finance, IT, risk management, and internal controls is vital. Also highlighting the importance of emotional intelligence and cultural awareness, Ben explains “You need to know how things work in different parts of the world and what makes people tick".

If climbing to the top within Internal Audit isn’t your ultimate career goal, then Ben advises making the most of the time you have in internal audit to gain valuable skills for use later on in your career. “If your route is ‘I want to be a CFO’, spend some time in internal audit. Embrace it. Understand it, so that when you rotate out, you're able to bring the best of what you've learned from internal audit into your next roles” he says. “I love internal audit and I want to spend the rest of my career in internal audit, but I also respect people that don't and that want to come into internal audit, learn the knowledge and skills, experience a few years and then rotate out. And for me I would say to them, get the most out of it that you can because not only are there business skills to learn from internal audit, there are also a lot of life skills as well.”

Do you have a real life career story to share? Get in touch and let us know you'd like to share your views on working in audit, risk, compliance, cyber security or data analytics in your own article.