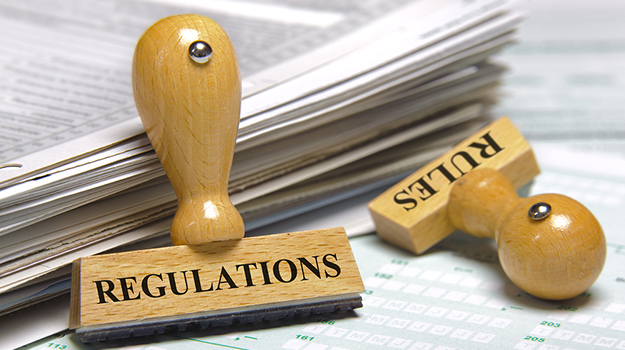 Evolving to fit the times, not more so than to address the aftermath of the 2008 economic crisis; regulation has changed significantly over the last 15 years. The most prevalent change has to do with the relationship between the business world and risk. Businesses have been forced to take greater notice of and invest in the right expertise to understand and more easily measure risk and risk mitigation in order to comply with guidelines set out by regulating bodies. A critical result of this has seen the development of an IT infrastructure that now allows Banks and Insurers to review millions of transactions a second, and flag hits before the transaction has even been processed.

For candidates wishing to pursue regulation jobs, it goes without saying that keeping abreast of developments in the area, from new guidelines to key events regarding regulation, is highly important. A series of widely-reported fines following sanctions breaches have been capturing the attention of news channels recently, including HSBC $1.965 billion, ING $619 million, Credit Suisse $536 million, Lloyds $350 million and Barclays $298 million. However none compare with Apple’s colossal new tax bill of $14 billion subsequently souring US-EU relations, as well as a fine of almost $9 billion received by BNP Paribas, due to its Iranian business conflicting with US restrictions. Sanctions breaches typically generate the highest fines within business and financial services and, in the case of Apple and BNP can have a knock-on effect with regards the political climate.

On the subject of politics, the recent Brexit vote is unlikely to dramatically impact jobs in regulation. Regulation worldwide is increasingly uniform and thus affords a certain immunity from the consequences of the EU referendum. As far as having a clear grasp of regulations current and upcoming, candidates intending to move into the regulatory space are expected to have substantial knowledge of Mifid II, an impending EU regulation designed to enhance the strength of financial markets and due to come into effect in early 2017.

Speaking to a UK regulatory professional working within job in financial services, the key skills employers are looking for when hiring regulation staff ultimately comes down to the best fit between an individual and the company. Referencing his own experience working in the oil industry, he explained that servicing an industry rife with significant money laundering, sanctions and bribery risk attracts people from insurance, banking and IT as it’s all about matching subject matter expertise with the business.

An area people tend to move into and on from in almost limitless directions, the reality of extending a career in regulatory compliance is typically dependent on the interests of the individual. Private banking, underwriting, actuarial positions and consultancy are among the preferred routes taken by regulation professionals seeking to advance their careers.

The regulatory compliance market is considerably buoyant with a healthy demand for candidates in this space. However, as companies are faced by a limited supply of skilled regulatory professionals, those candidates on the market will likely see themselves in stiff competition and thus able to command upwards mobility as well as significant pay increases and higher salaries.