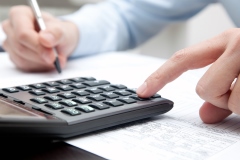 Why do practices lose graduates? We look at how they can halt the outflow of talent.

Graduates enter accountancy for many reasons. For some, it is a career that they have moved towards since choosing an accountancy related degree, while for others the move into the profession is a haphazard affair, triggered by a lack of any other uses for that degree in Classics.

The popularity of accountancy has increased enormously over the last ten years. The perception of the profession as a route towards a bitter and dissatisfied middle age passed a long time ago, and a whopping 8% of graduate jobs are now within accountancy. The benefits of accountancy are the training it can provide and the well-structured career development, not to mention the good pay levels, which have seen very impressive growth over the last five years. Graduate pay levels for those joining the Big Four are now in the mid-£20ks and a newly qualified accountant at the top of their game in London can expect a salary of £50k.

Furthermore, it is likely that accountancy will see a growth in popularity over the next 12-24 months. While other professions anticipate a decrease in graduate recruitment programmes, the Big Four and many other practice firms are maintaining graduate recruitment at the levels of previous years and there are many graduates who will be looking at accountancy as a safe and sensible option for their first step into professional life.

And yet, in spite of the many advantages of the profession, many accountants choose to spend relatively few years in the job. Most see the qualification as the end of their career in practice rather than the beginning of it and most find themselves leaving their first company within five years.

There are many reasons behind so many taking an early exit, but the flexibility afforded by the qualification certainly plays a role. Aside from the technical knowledge it provides, the qualification process itself requires enormous discipline and a thoroughness of approach that would be hard to match in other jobs. Also, combining study with employment teaches accountants to manage their time in the most effective way possible, all of which are qualities that are extremely attractive to employers. Furthermore, the knowledge acquired lends itself to many finance related roles.

Upon qualification, accountants find that they can explore roles in financial management, general management, commercial finance…and it’s difficult to think of a role within an investment bank that a good accountant could not do.

However, it’s not just the number of options available to accountants that means they leave the profession. The working environment within a practice is demanding and many leave their first firm with the intention of restoring a work-life balance.

It’s certainly not unusual for accountants to put in 60-hour working weeks, particularly during the busiest times of the year. While this may have been fine in one’s 20s, there are some who would prefer to spend more time with their families as their lives change.

Many accountants feel that firms would ensure better rates of retention if more flexibility was provided on this issue. Many feel that refusing to work weekends or put in extra hours for several weeks at a time will have an impact on their career progression and development within the firm.

It is also suggested by several respondents to our recent survey that accountancy loses so many people because it recruits the wrong people in the first place. Upon qualification or even before that time, many arts graduates who joined have discovered that the role is not a long term career choice for them and decide instead to use their experience to benefit their interest in other fields.

If firms are serious about keeping people in the profession for longer then more attention needs to be given to the issue of work-life balance and greater scrutiny needs to be given to those who are entering the profession. Also, the issue of sex discrimination continues to be an issue. Whenever we ask accounta nts and auditors about this subject it’s clear that many women feel that the glass ceiling remains firmly in place and see other career paths offering greater opportunity.

With so few female partners in the Big Four and even fewer within smaller firms, it’s easy to see why many women hold this perception.

The results of the survey conducted by CareersinAudit.com revealed that although 46% believe the profession was becoming more popular to graduates, it could still do more to communicate the long term career benefits of becoming an accountant. Quality of recruitment also appears to be an issue with 63% of the opinion that the profession could do more to attract better quality graduates. The bad news for employers is that 76% of those working in the profession feel that starting salaries need to be raised in order to attract stronger candidates, with only 23% feeling that companies offer competitive starting salaries.

Most accountants and auditors would recommend their career to a graduate while making it clear that the job was not for everyone. Reasons for moving into the profession were various, but the most popular responses were the structured training programme, ability to learn about business and the chance to work with numbers. If they hadn’t moved into the profession, most would have moved into banking, law or an engineering related role. Only three respondents provided ‘astronaut’ or ‘pilot’ as career alternatives and thankfully, none responded with lion taming.

Most accountants feel that the insight it provides into business is the most exciting part of their job, while ‘people skills’ are seen as the second most important attribute after technical skills. Being commercially astute and having a sense of humour scored badly on the same question (5% and 7% respectively).

It also appears that most see the profession as a stepping stone to another career. Most accountants and auditors see themselves leaving the job within five years (58%) whilst only 11% believe they will still be in the profession within ten years.