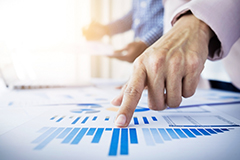 Nearly half of the today’s accountants (44%) do not believe enough is being done to attract graduates to the profession or to study accountancy, according to latest research conducted by CareersinAudit.com.

The research “Future of Accountancy” was conducted amongst 477 UK accountants during August 2009. Top solutions to attracting more to the profession included the industry embarking on a campaign to change the perception (14%),  offering better training  programmes (14%) or making more effort to visit universities (13%).  Others believe the profession could be doing more to convey the breadth of benefits (9%).

Part of the problem may also lie at entry level; over a quarter of UK accountants (26%) say the application process could be improved.  Many of these believe the current application process fails to provide a clear explanation of the role, the online process needs to be simplified and more user friendly and that recruiters should put more emphasis on a person’s innate qualities and their experience.

For those that haven’t been put off entering the profession, the top two choices for first job were PWC (14%) and KPMG (13%).

Other key highlights of the research include:

“I believe attracting more people to the industry isn’t about image alone or glamourising the profession with a series of slick advertisements.  But it wouldn’t hurt recruiters to take heed of the research and to invest greater time in explaining the long terms benefits and variety that come from being a qualified accountant, particularly at graduate level.“

Search here to find a job in audit.