Survey Results: The Road to Recovery 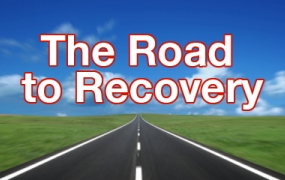 Our ‘Road to Recovery’ research indicates that many accountants are actively looking for new jobs as the economy re-emerges from the depths of recession. Bosses of accountancy firms and financial departments should beware, as this new breed of financial professional are unwilling to put their career plans on hold waiting for pay and promotions.

We surveyed over six hundred accountants and over half admitted to being in the process of seeking a new job. This is set to rise over the next year as more accountants look for new, more highly paid positions. The survey indicated that 40% of accountants have felt like their career path has been hindered by the recession. Naturally, they’re looking to the job market to give them the pay and promotions they deserve.

Worryingly, our survey also found that many companies are failing to encourage and motivate their staff to develop their careers, with 77% of respondents saying their employer could be doing more to aid their development. Half of these thought that this could be improved through greater training and support. Regardless of recession, what the survey seems to reveal it is this shift of company priorities which is really causing 40% of respondents to look elsewhere.

With eight in ten admitting they would be prepared to move abroad for the right job, and growing financial markets in various destinations around the world. Western Europe is still the biggest location for financial companies but the Middle East is catching up fast. And it’s not just money which is the driving force behind these views, with over a third revealing that a good work/life balance is the main reason for considering moving abroad for a new job, compared to 18% who gave improved pay as the main reason.

And it’s not for lack of trying – over half of our respondents thought that it was currently a better opportunity to ask for a pay-raise compared to a year ago, with a quarter admitting they had received one over the last twelve months and a further quarter saying they will be requesting one in the near future. Nearly 5% of respondents said they would ask for a 50% rise in pay while the majority were looking for rises between 5 and 10%.

Some are so disgruntled that they plan a complete change of career. Almost a fifth of respondents said they planned on leaving the profession permanently either to set up their own business or embark on a new career path. 80% said they would stay in accountancy for at least the next five to ten years. Despite career development slow down, many of them still recognise accountancy as a favourable profession with good career options and remuneration.

The Road to Recovery survey was conducted during August 2010.