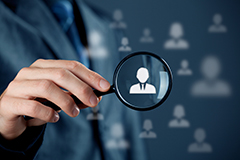 As the global economy goes into meltdown, with governments, economists, and financiers predicting worse to come, the market for accountancy skills is changing. The experience and expertise in huge demand not that long ago is becoming less marketable in certain countries, while some accountants with knowledge of specific industries or disciplines are finding themselves highly prized by employers - but often only if they're prepared to make an international relocation. So what is the 'talent crunch' that's emerging? And how could it affect the career plans of today's accountancy trainees, the aspiring finance professionals of tomorrow?

According to specialist recruitment consultants, demand for accountants appears to be holding up, if not quite as fervently as a year ago. But the difference now is that employers appear to be less keen on importing skills from overseas - despite the fact that global experience is becoming more important. With hiring budgets being cut, more effort is going into attracting people - native or foreign - already in the country and who have previously worked internationally.

One of the regions generally regarded as not having been hit so hard by the credit crunch - yet - is China, along with its immediate neighbours. Even financial services markets in places like Hong Kong and Singapore appear to be healthier and more sustainable than US or European financial centres. However, they're no longer the magnet for accountants with banking experience from London, Sydney, and New York that they used to be.

Emma Charnock, who runs recruiters Hays Accountancy & Finance's Asian operations from Hong Kong, says: 'Demand has dried up for overseas candidates in financial services, while companies in commercial businesses now only make critical hires or re-fills with international candidates. There's much more of a domestic emphasis. Employers of accountants are being far more circumspect about taking on relocation costs.'

According to Charnock, the Big Four in China have strong needs for accountants with knowledge of IFRS and US GAAP, especially for positions in Beijing and Shanghai. Local language ability - either Mandarin or Cantonese - has also become more of an imperative. Meanwhile, although many eastern European economies are showing signs of fragility, the Czech Republic continues to see demand for accountants.

But Tomas Bergl, manager at Robert Half Finance & Accounting in Prague, notes that requirements have changed somewhat: 'The changes primarily relate to the need for knowledge of International Accounting Standards, practical experience gained at international companies, and language skills - especially English but also other European languages for work in shared service centres.'

Because knowledge of Czech is required for most jobs, Bergl says that employers there have recently been confining international relocation - if considered at all - to management positions. Skill shortages exist but organisations are meeting these by investing in greater training of locally based staff, and sometimes even compromising on the skills required.

Looking elsewhere on the continent, Max Williamson, chief executive of UK-based recruitment website CareersinAudit.com, which specialises in promoting international job opportunities, says that Belgium is still considered 'as hot as any market in Europe right now', while in the UK, boutique financial services companies unaffected by the sub-prime market are continuing to recruit, and finding that they are able to hire finance staff they may have been unable to attract 18 months ago.

The Gulf states have also been less affected by falling financial markets. According to Maria Brown, who runs Reed Accountancy in Qatar and recruits for employers there, as well as in Bahrain and the United Arab Emirates, demand for finance skills is increasing within both local and multinational companies: 'The majority of candidates we place have strong financial services experience or a Big Four background.'

Particularly within financial services, redundancies and restructurings in Europe, Asia Pacific and North America have created a larger talent pool for employers in the Gulf: 'Many more people are re-evaluating their career options,' says Brown. 'We're seeing more candidates exploring what's available from a global perspective. People are now considering bringing their families so there's more of a balance here between the traditional single expatriate and family-oriented relocator. Companies are prepared to accommodate families, and there are lots of excellent schools.'

Marimar Chapple, who places accountants in the Caribbean and Bermuda for recruiters ASA International, says: 'The need for accountants is still high in this region - in fact, firms are considering students in locations like Bermuda, with financial services experience in strong demand. However, only certain qualifications are recognised by local immigration and the credit crunch has meant that some companies have started to put some of their recruitment on hold.'

Knowledge of US GAAP and IAS are still prime skills that gain candidates a significant advantage in the Caribbean and Bermuda, although an understanding of Canadian GAAP helps, along with IFRS. Insurance or investment management experience can also be a primary factor, especially in offshore centres such as the Cayman Islands and the British Virgin Islands.

The value of international experience

As companies increasingly conduct cross-border transactions and establish themselves on the ground in emerging markets, recruiters say that accountants who are prepared to travel - whether within their current job or to take up a new post - may ultimately enjoy the best long-term opportunities. And with markets exhibiting so much volatility, that's giving many accountants food for thought. If employers are going to increasingly value international experience, should they be prepared to spend some time abroad in the future - even when the global economy returns to some kind of normality?

'The Big Four are bringing a number of departments across several countries under one profit centre, with internal auditors required to travel widely across Europe, sometimes globally,' says Williamson. 'It follows that those who are willing to embrace this regionalisation will enjoy far greater opportunities for career progression.'

Students who have embarked on an accountancy career and are considering their post-qualification options may be well advised to think about how they can capitalise on the global mobility offered by the ACCA Qualification - and indeed, whether travel is now an imperative in order to insure themselves against a similar economic crisis that may strike in the future.

In the Czech Republic, Bergl emphasises his belief that international experience is a major advantage - although with certain restrictions: 'It's often the main requirement when recruiting new employees for companies with foreign ownership. However, a crucial aspect in those cases is whether the international company's accounting follows local or international standards, and of course, if it's local, then candidates will need knowledge of CZ GAAP.'

Brown says that having an international dimension to one's CV is definitely important: 'No job is ever secure for life. You may have the opportunity to be involved in a currently booming economy, whereas one that plateaus could potentially mean you'll suffer more. Gaining a variety of international experience could mean securing a long-term career as the mobility you would gain might allow you to become involved in a greater range of projects or be useful to more parts of a business.

'If you're working in audit or tax, then experience of working with different businesses internationally, not to mention the cultural awareness you can gain by working abroad, adds up to a big tick in the box of being a professional.'

But Williamson says the credit crunch has been reversing some of the migration trends that accountancy job markets have witnessed in recent years: 'The slowdown in economies, and the subsequent narrowing of opportunities for career development, mean that many accountants - for instance, those who have come to London - have decided to cash in and repatriate.

'While leaving London usually, although not always, brings a drop in salary, many see the return to their home country as a means of enjoying greater levels of responsibility than they would in the UK.'

Grahame Doyle, who recruits for Hays Accountancy & Finance in Sydney, says that the number of Australians leaving the country is now being balanced by those who are returning from places like London and elsewhere in Europe. However, the loss of Australian talent is still an issue: 'Typically, people from the UK or Europe are employed on temporary contracts because of the work permit situation. So while there's still a demand for permanent staff, there's a restriction on supply which means that competition for those people is increasing. Short-term relief via international contractors is one of the solutions.'

And those opting to leave a country to which they had emigrated don't always decide to make home their next destination. The lure of relocation packages in parts of the world they hadn’t previously considered can prove to be irresistible, with the affluent Gulf states a prime example.

'Many companies here specifically promote their jobs to candidates from other parts of the world, as their international experience will prove useful,' says Brown. 'Multinational businesses - and Qatar is a good example of where this is happening - may import their first phase of talent via secondments from other parts of their company. They will then fill jobs with people who want to stay long term. But if they're expanding rapidly, as many organisations here are, then there's simply not enough talent in the region, so those skills have to continue to be imported.'

So the talent crunch has clear implications for future career planning, with lessons to be learned from how the economic crisis is affecting the hiring strategies of companies struggling to ride out the downturn.

But recruiters say one factor does worry some candidates. Yes, accountants planning their long-term careers may increasingly see travel as adding value and a global dimension to their CV. But on their return home, might employers, while welcoming their international experience, be nervous that they've caught the 'travel bug' and be off globetrotting before too long?

No, says Doyle: 'That may have been true in some countries, although obviously in Australia, travelling around the world before settling back home has been a tradition for years. But now? An international skill set is such an asset that employers are unlikely to let a love of travel affect their assessment. Whatever gets in the way, don’t let that get in your way.'