The Best Companies in Which to be an Auditor in 2012 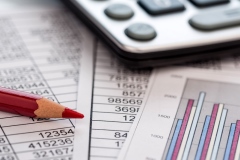 If you’re looking to become an auditor, it is important for you to know which companies hold the best career prospects for you. If you’ve been in the audit business for some time now, it helps to be reminded of the big companies that you should target for the year 2012.

Currently, the four companies known as the Big4 is actually a group once dubbed as the Big Eight. Before they became known as the Big Four, they were initially reduced to the Big Five due to a series of mergers. They finally became the Big4 after another company, the Arthur Andersen, became involved in a scandal in 2002, which led to its demise.

The Big4 companies, which offer some of the best and the most esteemed auditor jobs in 2012, are:

If you are not bent on working for the Big4, there are plenty of other auditing firms that can give you a great career in auditing. Next to the Big4, the top professional services firms on the market include:

Auditors can also pursue a career as an internal auditor for privately held corporations. As of now, the best companies to work for in 2012 include:

Is Your Employer One of the Best?

These companies are not named as the best companies to work just because they are highly successful and profitable. They are named so due to the high level of career advancement they offer, especially in the auditing world, and due to the favorable employee programs they also provide.

To find the best company to work for, it is important to consider not just the salary or the job description, but also the career fulfillment that your job is offering. The audit career has several marked milestones, so every year, auditors should give thought as to how they are growing, how much they are learning, and where they are going in their careers.