The Changing Role of Bookkeeping in Audits 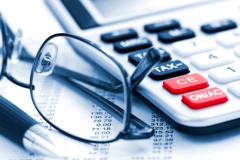 In order to survive an audit, it is important that bookkeepers implement systems that offer up tangible and coherent trails. With a clear trail in place, auditors can make sense of the information provided and follow the route all the way up to the relevant bookkeeping entry in the accounts. Each step of the journey needs to be accounted for with evidence, and without this, a bookkeeper’s integrity may well be thrown into question. This can mean keeping hold of all source documents – especially when it comes to expenses – so that claims appear valid. Technology has arguably brought vast support to the world of bookkeeping, and it is often said that the relevant software has made it easier for paths towards bookkeeping entries to be established.

What Is Expected Of a Certified Bookkeeper by Auditors?

Many people still confuse the role of a bookkeeper and that of an accountant. Whilst an accountant’s work can be more detailed, it is important not to downplay the pivotal role that bookkeeping plays. Auditing has become more and more prominent than ever before over recent years, with the authorities, shareholders and investors as well as company directors becoming tougher to appease which has meant that bookkeepers have had to become perhaps more robust in their duties than ever. Many bookkeepers have lost their jobs as a result of an unsuccessful audit, so it does pay to keep future auditing in mind at all times rather than face the consequences later.

Bookkeepers are always likely to find their work assessed by external auditors, which makes it even more important that they ensure that their work is as accurate as possible. Bookkeepers often have access to certain financial records that most other people working at a company do not, which means that they are expected to be as professional and trustworthy as possible. Some of the records that a bookkeeper works with include bank deposits and payroll information. When auditors assess the work of a bookkeeper they look at the funds that go in and out of a business, and how these figures are recorded. If a bookkeeper hasn’t been doing their job properly, it is at the auditing stage that this might be uncovered.

Time-management skills, enthusiasm to learn new technologies, number-crunching and fantastic analytical skills are, and always have been essential traits of a successful bookkeeper.

With bookkeepers being employed by companies prior to audits, thousands of people are now enrolling on bookkeeping courses every year, and for many people it is a determined career path to work towards becoming a bookkeeper.