Top Companies to Work for as an Auditor in Australasia 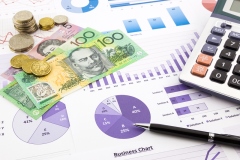 As an auditor in Australia or New Zealand, there are a lot of great career opportunities waiting for you in your home country. There are a wealth of highly successful and promising companies in both companies, giving auditors little reason to seek greener pastures abroad. Before you consider job posts in other countries, you should check out the career opportunities in your own country first.

Best Auditing and Accounting Firms to Work For