What Does an Internal Audit Job Involve? 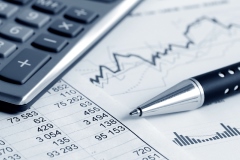 Internal auditors can often benefit from ethical guidelines. As they work directly for the company they are auditing they are not as removed from the company as an external auditor would be. There are a number of the professional bodies for internal auditors which have provided some clear advice and guidelines which gives an overview of what is and what isn’t ethical.

Internal auditors should be honest in their job as well as being responsible and diligent in their audit work. Similarly they should follow the law and make any relevant disclosures which are required by the law. While most people working in internal auditing would follow these guidelines as a matter of principle, it is sometimes worth reminding ourselves of their importance. The professional bodies also advise that their members should avoid knowingly partaking in any illegal activity or anything which would discredit internal auditing as a profession or the company you are working for.

In order to maintain some objective distance, it’s important you don’t get involved in any activity or relationship which may affect or be construed as affecting your ability to carry out an audit in a professional and unbiased manner. While it’s important to avoid conflicts of interest in every type of job it’s particularly relevant to those working as internal auditors. Accepting gifts or payments which might alter your ability to carry out the audit professionally should be refused. Even if you feel that accepting gifts would not impair your impartiality it can often been seen that way by others so should be avoided. Full disclosure is also encouraged as often a lack of openness can result in a distortion of any reporting and lead to the audit being biased or inaccurate.

Being prudent with information is extremely important for internal auditors. They shouldn’t disclose any knowledge that they have acquired within the course of their duties for personal gain nor in any way that may be viewed as such. This kind of non-disclosure of important commercial information isn’t unusual in many firms; however the knowledge that can be gained in the course of a role as an internal auditor can be extremely valuable outside of the company.

The professional bodies recommend that as an internal auditor you should only accept roles which you believe you have the knowledge, experience and skills to carry out professionally. They also ask those in internal audit jobs to continually improve their skills and effectiveness over time.

If you are thinking of training to become an internal auditor it’s important you have a strong ethical compass to ensure that you carry out your role in the interests of yourself, your company and the profession as a whole.

Written by Jonathon Hickstead for CareersinAudit.com.